What can government learn from Wimbledon’s fabulous innovative services?

2019 marks 30 years of technology and innovation partnership between IBM and Wimbledon, a relationship underpinned by assured delivery of data and digital experience to millions around the world.  Wimbledon has transformed itself into a data driven media organization continually innovating to sustain its position as the world’s top tennis tournament.  Using the latest technologies such as artificial intelligence (AI), IBM brings real-time insights to a global audience that scales to millions using IBM’s Hybrid Cloud.

This series of three blog posts explores what government can learn from Wimbledon’s success with this partnership.

Government often struggles to pull through innovation into operational use because activities are not sufficiently aligned to the business and its needs.

The approach we take with Wimbledon each year is to select and prioritise new opportunities based on specific outcomes that can be achieved during The Championships.  New capability is built and runs live at The Championships, and we measure the benefits and make enhancements.  It is a continuous cycle repeated each year to sustain Wimbledon’s advantage.  This digital experience contributes to the ever increasing expectations that citizens have of government services.  Government should focus on quickly operationalizing business relevant innovation by including business leadership, commitment and participation in innovation activities from the outset.  It must also be equipped to learn and adapt to command the trust of citizens.

IBM and Wimbledon use Design Thinking to focus on understanding how best to engage with fans and deliver a fabulous experience.  Six personas have been defined and used to design and deliver digital platforms that are tailored to each.  This is not simply about user interface: it encompasses how functionality and data are consumed so that Wimbledon’s brand is presented authentically to encourage fan engagement.  Content is offered dynamically and in context according to weather, events and user preferences.

One example at wimbledon.com and on mobile apps is the IBM SlamTracker.  It presents data to fans so they can track players’ progress against three Keys to the Match – custom KPIs that indicate how each player can maximise their chances of winning.  There is also point-by-point commentary with in depth analysis generated from the data.

Just as for Wimbledon where only 465,000 fans can attend The Championships in person, online services are the face of government for many.  Making full use of data allows citizens to track the progress and performance of the services they are using step by step.  This transparency can be viewed using any device, anywhere.  Insight helps government deliver better services and make its own operations more efficient.  Moreover, services could be designed and delivered from the citizen’s, not government’s, perspective, and then continuously evolve to meet changing expectations.

62,814,711 data points have been captured by IBM for Wimbledon since 1990.   This data is captured courtside for every single point: service speed and direction, return shot selection, number of forehands and backhands, and the shot than won or lost the rally.  We employ tennis players to capture this data because their expertise is necessary to read a match.  Our aim is to have 100% accurate data available within a second of each point finishing.  Speed is demanded by TV, and quality for trust.  Focusing on data quality at capture removes many downstream issues.  We achieve this at Wimbledon by using a dedicated software application that is designed to ensure the user captures the data quickly and accurately by simply presenting valid options. 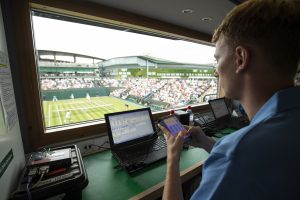 It is not limited to structured data.  Wimbledon uses AI to quickly access information from its journals, press articles, social media channels and to “listen” its audience so that it brings the most exciting stories to fans as events on court unfold.  Such stories, together with supporting statistical insights, photographs and video clips are fused by Wimbledon to deliver content fans crave through all its digital platforms.

This is a pattern which illustrates how government could deliver a fuller service to citizens, with relevant and supporting content, so that they can get exactly what they need.  It is also an approach able to offer richer situational awareness in defence and security use cases.  Anticipating threats can prevent issues getting out of control.  We have learnt from the data and measured the performance of the algorithms that underpin the Keys to the Match in the SlamTracker to make many improvements over the years.  Most recently we have honed use of ball position data, and changes in player positioning on court – how far they run and where – as well as deviations in pace of play.  Similar approaches to detecting such changes could trigger public safety officers to take action to stay one step ahead of adversaries.

The web site and mobile apps are the front end to Wimbledon for you – AI powered on cloud to deliver a fabulous experience.  You can download the Wimbledon app from the app store or wimbledon.com/mobile.

Learn more about IBM behind the scenes at Wimbledon on our webpage, or speak to your IBM government sales representative to find out other ways you can experience innovation at Wimbledon. 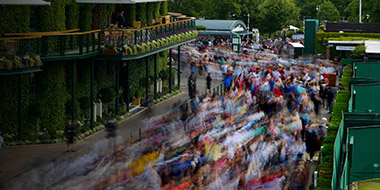 What can retailers learn from Wimbledon’s fan engagement?

Like retailers, Wimbledon are in an industry going through unprecedented change where the ability to recognise – and address – market disruption is more critical than ever. Wimbledon are not only a sports tournament, they see themselves as a data-driven media business where being first to share insights and high video quality content is a […] 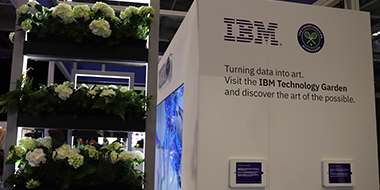 IBM Technology Garden Every year, IBM has a Kiosk at Wimbledon where members of the public can come in and find out what we do to support The Championships as well as how some of the IBM technology we use works. For 2019, IBM have partnered with a data visualisation studio to build “The IBM […] 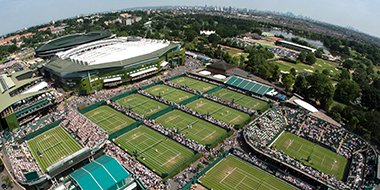 Wimbledon is the tennis tournament every player dreams of winning and one of the highlights in the sporting calendar.  As the world’s leading tennis tournament their brand focus is “in pursuit of greatness” demonstrating their continual desire to strive to be the best while also acknowledging that is a continual journey. For the last 30 […]