When WaterAid moved its offices from Vauxhall to Canary Wharf, it meant the international NGO for water, sanitation, and hygiene, needed to migrate its IT services as well.  Some of the systems were running core business, such as the link to direct debit processing, the phone system and data warehouse, so it was essential that WaterAid formed a close partnership to support and manage a planned transition to the new environment. WaterAid turned to IBM for its support and invested in new Lenovo production servers and IBM storage, namely an IBM FlashSystem FS5100 array for production and the FlashSystem 5010 as backup repository for Veeam.

WaterAid wanted flexibility upon starting its journey to cloud and were looking for a storage solution as the foundation to accelerate them to being cloud ready and IBM Storage, which supports containers and is integrated with Red Hat OpenShift, provided them with the flexibility to achieve this in the future.

IBM’s experience of complex data migration projects helped WaterAid through the challenging process of migrating data, to help plan and execute the complicated operation successfully. IBM and WaterAid worked in collaboration with Recarta Technology, one of the UK’s leading IT advisory services, which meant this challenging process became seamless and achieved positive results within days of migration.

From the start of the two-month process, great attention to detail was put into the design and build of the new solution, to make sure it was fit for WaterAid’s business requirements. Recarta arranged calls with current customers to share their experiences of working with IBM and Lenovo equipment, as the IT team had no experience with either of these vendors. A dedicated engineer helped our team work towards the migration, explaining the different methodologies for migrating the IT systems between the two sites. The input and guidance of someone experienced in completing hundreds of migrations was crucial to the success of the process.

“Our joint objective was to really home in on the business objectives behind the requirement for the upgrades and changes and translate them into practical technical solutions, using the best of breed platforms, in which we hold a high level of expertise. A lot of thought went into the analysis of workloads to ensure that appropriate solutions were designed. It’s of utmost importance to neither over specify nor undersize – and this analysis and consultation with Richard Landon and his team meant we jointly reviewed and explored relevant options and collaboratively agreed upon the recommended optimum solutions. This planning and preparation work meant the extended team of WaterAid and Recarta had confidence in the designs based upon empirical analysis and accurate projections of the workloads running in different scenarios. The technical solution needed to be right, and Recarta’s primary focus is our customers results and objectives. Ben Spode – Client Director, Recarta.

The migration successfully delivered the improved data onto the new system, with minimal impact on business during the transition. The transition showed immediate positive results and there have been some major business benefits of this equipment. With data processing speeds drastically improved, the organisation can work much more efficiently. WaterAid has also experienced an increase in computing resources, where the IOPS (read/write) performance has increased dramatically compared to WaterAid’s old equipment, which will reap huge benefits to other services. The environment has been consolidated from 6 servers and 2 storage arrays to 3 servers and 1 array, making it easier to manage. Looking to the future, the improved storage performance means back-up process time for a future disaster recovery solution will also be reduced.

The success of the project resulted in significant speed and process improvements:

A collaborative approach between IBM, Recarta Technology and WaterAid’s IT team yielded a successful data centre migration that was completed as planned, on time and without any negative impact on business operations. 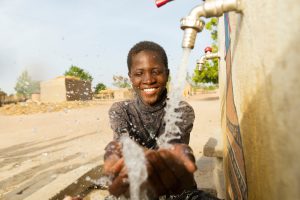 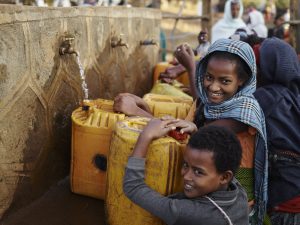 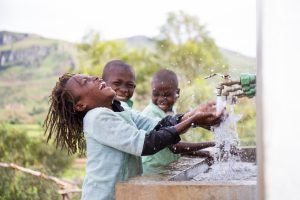 Turning the future into a sure win

Digital Transformation in Defence – Balancing the Strategic and the Tactical

Digital transformation has created new business models and continues to disrupt.  Whole industries have, and are changing, with data exploitation being a key point of differentiation.  This is being delivered by using innovative, cloud-enabled, digital technologies.  Digital Transformation is not merely an ‘innovation’ opportunity for the defence industry, but a necessity because adversaries already have […] 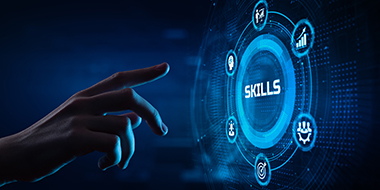 Behind the Scenes: life as an award-winning apprentice Every year, the BAME Apprenticeship Awards celebrate the talent and diversity of British BAME Apprentices, their employers and learning providers. This year, Tara Suran, an apprentice at IBM currently working as a scrum master within IBM Consulting whilst studying Chartered Management at Manchester University, was recognised as […] 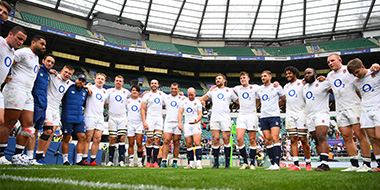 Data at the heart of everything we do – IBM and the RFU   The RFU and IBM have been on a journey of digital transformation since they extended their partnership in 2018. The public-facing element of this has been a project to consolidate and refresh their digital properties, including www.englandrugby.com, to improve the experience for rugby fans […]