The focus on the consumer driving digital disruption in commercial sectors has raised expectations of Government.  The whole of government is becoming citizen centric, and digitising government demands that today’s departments silos are spanned.  Government is becoming devolved and decentralised and the technical challenge is accentuated by the business change.  Citizen-centricity demands one Government.

Public trust in Government is essential.  Data needs to be shared across departments and to enable personalized services to be delivered seamlessly.  Blockchain is a technology that goes to the heart of government where departments work together for the benefit of the citizen.  It enables the ecosystem to become data rich.

I shall be discussing how blockchain can enable the digital reinvention of Government at digitech18 in Leeds at the end of this month.

Blockchain changes the way we share and deliver information and it can revolutionise service delivery.  However, just as putting a web front end on a form was not transforming to use the Internet, the benefits that blockchain offers will not be realized without business change.  Taking the same approach produces the same results.  Governments will need to rethink how they transform processes across departmental boundaries by taking a whole of government approach.  Doing so avoids expensive handoffs.

Government will need to consider how services are experienced by citizens as a whole, not by departmental silos.  This means working out how to connect multiple parties in the ecosystem, expanding access and embracing an open, trusted platform.

How different is Blockchain?

Blockchain is a technology that stores the sequence of changes made to a record.  It offers standardization that enables the next generation of distributed applications.  It is quicker and cheaper to implement, and more secure than today’s alternatives, particularly when the records hold information that is shared across organizational boundaries.  This is achieved by creating immutable blocks in a cryptographic chain.

Bitcoin is a permissionless example of blockchain where access is open to all.  However, I believe that a technology implementation which takes a permission-based approach by design is right way to go for business and government.  Access to participants in the network is subject to permissions granted, and the fabric records who is in the network and who does what transaction, ie who creates the next block on the chain by making a change to a ledger or record.

IBM’s approach is to deliver blockchain using out of the box open source software.  This is Hyperledger Fabric which is managed and governed by The Linux Foundation without private control: it is truly open.  It is available on the IBM Cloud, including the provision of a secure, isolated compute environment that contains a network of co-located blockchain peers suited to workloads with sensitive data.

Consider buying and selling a house.  The participants include a mortgage provider, solicitors and land registry.  Each has its own system of record today with a proliferation of documents, and errors arise from variations in reporting.  Reconciliation and dispute resolution are expensive and slow, typically requiring parties to revert back to original paper documents and contracts because they are trusted.

There is a single shared system of record using Blockchain.  Everybody has the same view of what was agreed when buying and selling a house, and so there are few disputes.  The parties will have gone through a process of agreeing consensus – whether a transaction is valid – and only agreed transactions are posted to the blockchain ledger.  Provenance is a consequence of security and known participants.  Blocks are immutable and so the record is trusted as the truth.  It means that the likelihood of needing the paper documents is rare because disagreement between parties is minimized.

Blockchain should be used as an enabler to tackling a business problem through transformation.  Technical projects and proofs of technology are failing today.

I have observed that setting data standards was pivotal to the successful adoption of blockchain by The Food Standards Agency simply, cheap and quick.  It enabled the FSA to get running from concept in just three weeks.

The FSA’s blockchain sits in a small part of the meat supply chain.  A vet authorises data associated with the slaughter of cattle at abattoirs, and it is uploaded to the blockchain.  Vets and inspectors spend less time on regulatory obligations, and much more granular information is available, including full animal history.  An early benefit of the system was the quick identification of the penultimate farm as the likely source of an outbreak of liver fluke identified at slaughter when five animals had gone through two different finishing farms.

Additional upstream and downstream benefits are now envisaged over and above the FSA’s original business case.  This is because there is value for many other stakeholders across the industry once you have the information within a controlled, permissioned and secure environment.

Government should be leading the way by setting the rules for its own as well as other people’s networks otherwise it will be playing catch up.  Government needs to be setting the standards now.

Get familiar with blockchain on the IBM Cloud.

The Ethics of AI in Government

Cloud computing; is it the treatment for our over-burdened NHS? 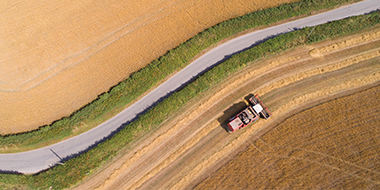 Six steps to solving the sustainability data challenge   Over the past 18 months, uptake of some of the United Nations sustainable development goals has accelerated, with some very prominent global enterprises making commitments to environmental and social change. The target date cited by these announcements is 2030. That gives businesses less than nine years […] 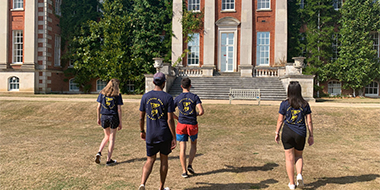 Burberry’s technology experts were keen to share their knowledge with a younger generation. With coaching from Burberry, students from IBM’s Extreme Blue internship program developed a prototype system that may help to improve product traceability and provide consumers with deeper insights into a product’s lifecycle.   Burberry’s commitment to sustainability is long-standing, grounded in the […] 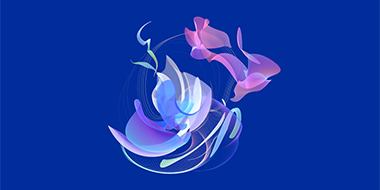 Code@Think – Build the skills you need to emerge smarter