Cloudy with some fog on the edge

To quote Monty Python “what have the Romans ever done for us”?

The same question in the future may well be asked of cloud computing, and how it has changed the face of computing, driven a new wave of technology and enables business/digital transformation.

So what has cloud computing done for us?

Most people think that cloud computing was invented back in 2006, but we must go back in time and travel to the 1900’s when cloud was first thought of.

So strap into your time machine (our favourite is a De Lorean!) and get ready for a brief history lesson of the origins of cloud computing, and why it underpins the major business/technical advances of this century to date.

1950’s, mainframe computers came into existence, several users accessed the central computer via dumb (green screen) terminals. The prohibitive costs of this did not make them economically viable for organisations to buy them. So the idea to share access to a single computer was born, primarily to save costs (sound familiar?).

In 1960s, IBM developed an operating system (OS) named Virtual Machine (VM). This allowed for simultaneous operation of more than one OS. Guest OS could be run on every VM, with their own memory and other infrastructure, making it possible to share these resources. This created the concept of virtualisation which is still prevalent today.

The 1990’s saw the advent of virtual private networks (VPN) primarily provided by the Telecoms industry, but invented by Gurdeep Singh-Pall a Microsoft employee. A VPN allows many users shared access to a single physical or virtual network infrastructure. We also saw the first mobile devices – more on these later!

Things were really hotting up in the cloud world although the word “cloud” was not as common as it is today.

Into the new millennium (hopefully no bugs follow us!) and we must mention other computing models and approaches which have contributed to the development of cloud computing.

Back to those mobile devices mentioned earlier, so today we now have more computing power in our pockets than I had in 1998 for my Windows NT 4 Microsoft Exchange Server!

Mobile computing is arguably one of the major driving forces of the rise, dependency and capability of cloud computing today. Business is now not 9 to 5 – it’s always on! Which brings challenges around:

The cost of doing this on premise is as restrictive and expensive as the early 1950’s when the mainframe came along so alternatives were needed.

Enter cloud computing, providing all of the above and more from a variety of cloud computing models, the most popular being public cloud. And from inception to around early 2018 public was seen as “the place to be” with Amazon Web Services, Microsoft, Google, and IBM leading the way. Other clouds are available!

But hey wait we have some compelling arguments for not being all in on public cloud! primarily around:

My favourite quote at the moment is:

“The old idea that everything would move to the public cloud never happened. Instead, the cloud market evolved to meet the needs of clients who want to maintain on-premises systems while tapping a multitude of cloud platforms and vendors.”

So Hybrid Cloud is now recognised as the way forward for the majority of businesses on their journey to cloud (regardless of which flavour of cloud we are talking about). Why?

Why are these important to business today and going forward?

But early cloud computing really was only focused on Infrastructure as a Service (IaaS) and the aforementioned players were really in a race concerned primarily on how fast, how quick and how often they could spin up infrastructure and compute, I can create 50 virtual machines in a minute, WOW!

But so what? It was only later that cloud stamped its mark on the business, providing a platform for business transformation, innovation and modernisation.

Which is important because as business and technology has evolved so has cloud computing, and it continues to do so. We are now exploring Edge computing and the impact that 5G will have on our world.

So having looked back a little we now can understand where we are going (and why) people of a certain age say there is little or nothing new in computing – rather its cyclic. I believe that cloud computing will be different – why? Because it enables transformation and innovation as well as being intrinsically linked to business, because where we are going we don’t need roads – just the right cloud!

If you want to learn more about the Journey to Cloud and how it can help your business I will be on the IBM stand at the TECHXLR8 @Excel 12-13 June, it would be good to have a chat! We will also be discussing multicloud management on a webinar on 5th June, 11am. You can register here.

Finally please check out our series of where we are going we don’t need roads blog and more on cloud and business transformation here.

The Future of Breach Preparedness 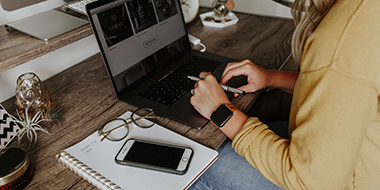 Organisations spent £6.6 billion in 2020 on the skills shortage, up from £4.4 billion in 2019 [1] (Open University Business Barometer 2020). These skill shortages are predominantly addressed through recruitment activities, with ever more businesses opting for a sustainable, long-term approach to address the skills gap. Nearly half (48%) of employers acknowledged that apprenticeships and […] 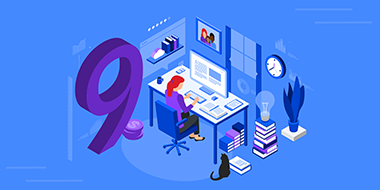 How to build a self-reinventing workforce

Nine principles that underpin skills transformation at IBM When we asked 5,000 business leaders what core skills they look for in the workforce, technical, digital and data skills featured prominently in their responses. As businesses wake up to the reality that data, automation and artificial intelligence will not just feature in but shape their futures, […] 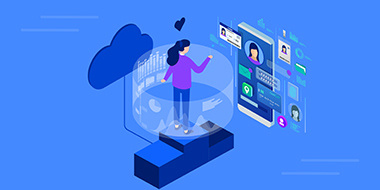 It’s still early to draw conclusions for the year 2020, however, it’s likely that businesses will remember it as a time when the workplace changed forever. When, for many companies, the sudden shift to remote working and working from home coincided with a surge in customer calls. To face the challenge, customer contact centres need […]