Interview Vicky Bunyard: How can I do something?

Victoria – Vicky – Bunyard’s perspective on the role of responsible computing, global issues at scale and how you can do something about it.

Technology can play a big role in solving global issues, even the smallest of things can make a huge difference in the long run, which was also addressed by Rashik Parmar in our previous blog. He focussed on how earth is our responsibility, but also talked about inclusivity and how you can incorporate it in your day-to-day routine.

Vicky talks with us about how you can get there. The answer seems so simple, namely: act. But how to act? Where to start? Call for Code is a good place to start, to collaborate and find your way around the world or, in this case, in Benelux.

How did Vicky get where she is now? She tells us she started working at IBM after a small company she worked for was acquired. “Once I got inside, I saw what IBM could do, I saw the scope and scale of the technology that was available, the skills, the abilities of the people and their ability to think of technology in context.” Later she was involved in submitting an idea for the internal Call for Code challenge in 2018, which had to do with better preparedness in response to natural disasters. But also an eye-opener on the topic of: what can you do – or sometimes shouldn’t do – when disaster strikes?

“The project was about Haiti after the earthquake. Many people came to the country to help (unsolicited responders), but a country which is devastated by an earthquake can’t handle many thousands of extra people coming in. On the other hand, Doctors are really useful in this situation, you want to know if there are medics in those unsolicited responders boarding a plane, so we designed a system to check those who wanted to jump on a plane and respond, which could tell them if they were able to help, or perhaps would cause more problems by traveling to the location.”

And that connects to her main goal: work with people to understand the bigger picture, work together and collaborate. “Big things are good, fun and interesting, but small things sometimes have a massive impact in the long run. And that is our thing: Think!”

Vicky got her way of thinking partly because her father told her when she was very little ‘to use her mind’ as that will always be the one thing which is truly yours. She started out as a defense industry systems engineer designing sonar systems, and that is where she learned how to put systems in context. “Do design problems always come from design? Not always, I realised they often come from misunderstanding the needs, or conflicting ideas that people had about the system they needed to build. Understanding the context in which the system will be used, that’s everything.”

“I can have an idea, use an API and with the app development culture I can just grab my laptop, connect to our Cloud and within a few hours I can have made something concrete out of my idea.”

She compares it to systems when she started working: “in 1995 I joined a project which was running since 1991 and we were not going to get to any kind of acceptance testing before 2006!” Vicky points at an important difference between then and now: “you had the time to really assess everything and think everything through.”

That doesn’t mean it is not possible to figure out what the risks are, what the impact is or what the consequences are of apps which are built today. “We should never forget that if we work on tech for good and work on responsible computing, we must have the conversation around fairness and ethics, and the impact of the outcome of the thing that I’ve built, so I can give you this wonderful little app and be confident that it is ‘good’.”

“As technology companies and technologists, we have a responsibility here. If the last 18 months taught us anything, it is that technology has been central to people’s lives for a long time, but it has never been like this. This integration of technology into your everyday personal life is so deep now. Technology needs to live in your home as a polite houseguest. Don’t drop your coffee on my carpet, be nice to the dog, we need to think about technology much more as a part of people’s lives, and that has consequences.”

For a technology company it sounds reasonable to put all cards on technology. But technology is ‘never the whole answer to a question, ever’, says Vicky. “It is the old expression about ‘if you’ve got a hammer, everything else looks like a nail’. You often see ‘factioning’ in technology like ‘Apple versus Android’ or ‘Star Wars versus Star Trek’, those who love one will never choose for the other. But she also thinks technology is always an important part of the answer: “Fundamentally you should always try to come back to ‘what are we trying to achieve’? Put technology in context.”

Vicky gives an example of a charity called APOPO where rats are used to find landmines.  “The success rate is around 98 percent. Humans can be trained to train a rat in minutes and a rat is trained in days. The rats are easy to maintain and reproduce themselves. To build something for finding landmines, you need to build systems, produce the systems, transport the systems, get skilled people to run, manage and maintain the systems, and sometimes all you need is something really simple, like trained rats, but sometimes you do need something more complex. So, in the end it all comes back to basic systems engineering principles: if you don’t understand the problem, the solution that you design will be wrong.”

Coming to a close, we get back to working together and why Call for Code is so important. “We work together because these things are the biggest problems that we’re facing right now, you don’t solve the biggest problems by sitting in your little box. I think you’ve got to collaborate and bring all of these minds together.”

“That’s where technology is at its best, because we’ve got a whole bunch of people with brilliant ideas and they are spread across the world. We need to facilitate them to be able to work together, using all the technology platforms.”

Vicky thinks when people want to work together, they are more open to others. “What you see is this kind of open community where people are open to different ways of thinking. Building trust is key.”

And that is exactly where Call for Code shows its strengths: everybody can join, but you have to be willing to work together: “Call for Code is an opportunity to act! When you have certain skills and you collaborate with others with different skills, it is about helping people. About being brave. About taking the first step. When people do that, then I’m happy!”

Be curious, be brave, step in, step up and Think. Think about a sustainable solution to solve Climate Change, no matter how big, no matter how small. Think, Team up, Act. 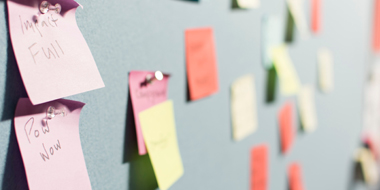 How to Lead with Planning

What impact has COVID-19 had and continues to have on your organization? How can your HR and Finance departments stay agile and effective so you can respond to this adversity? And what role does planning have in your future strategy?   HR and Finance challenges From headcount to cost planning, returning to work after […] 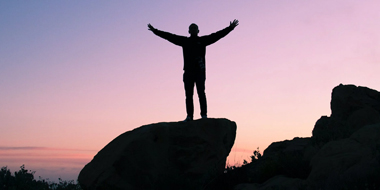 How to identify the right MVP use case to ensure its success?

The MVP use case is the main subject of the MVP; it can be essentially technical, business-oriented, or a combination. Defining the use case is the very first step in the MVP process. Knowing the subject is critical. It allows us to invite the best-fitted resources to the discovery workshop, business framing, architecture, and […] 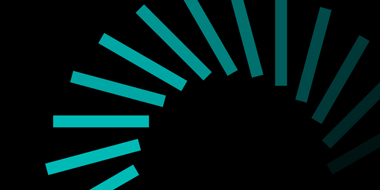 The latest IBM Institute for Business Value C-Suite Study looks at our new post-pandemic reality through the lens of 3,000 CEOs across 26 industries and almost 50 countries, including 100 from the Benelux. This comprehensive new report takes the pulse of the current business environment, investigating how organizations can step up to outperform their […]