Modernisation of VMware workloads in the cloud

Every organisation strives for a flexible IT-landscape that is able to keep up with new technological, economic and business developments. Ideally, applications run in the most suitable environments – preferably in the cloud. This requires a well-thought-out modernisation of legacy applications. IBM Cloud for VMware makes a step-by-step approach possible.

For many organisations the modernisation of applications starts with shifting virtualised workloads. Followed by so-called containerisation and ultimately the development of cloud-native apps. IBM Cloud for VMware offers a wide range of integrated expertise, tools, security and management solutions.

The starting point is the on-premises data centre. A monolithic traditional application in a virtualised VMware-environment can be migrated ‘lift & shift’ with VMware HCX within a couple of weeks. The existing data centre is expanded to the IBM Cloud while workloads are managed with the trusted VMware tool.

This already results in the first savings by optimising resources. For example, over-dimensioning server capacity to meet possible peak demands is no longer necessary in the highly scalable IaaS environment.  In addition, organisations can gain experience in managing a hybrid cloud environment.

Next the actual modernisation starts. With a tool like Red Hat OpenShift, the monolithic application can be placed on top of VMware in the cloud as a first step. Then the ‘refactoring’ can start by rebuilding the monolith step-by-step with containerised microservices – a combination of apps, which can be ported and combined without restriction between various cloud and on-premises environments for ultimate flexibility and agility. The monolithic application can be increasingly strangled according to the so-called ‘strangler pattern’ until all functionality has been taken over by microservices.

Several, virtually independent microservices together form so-called cloud-native applications which are characterised by a full range of cloud-based benefits. Varying from extreme scalability and geographic flexibility to a cost model based on actual use.

Another advantage of microservices is that they can all be individually adapted. This allows development departments to quickly and iteratively add new functions or improve existing ones, while other components of these cloud-native applications can remain untouched.

IBM’s added value sits primarily in the secure integration of all the tools and opportunities mentioned before. The IBM Cloud ‘platform as a service’ (PaaS) offers a wide range of services which prove their worth managing, developing and improving cloud-native apps. Kubernetes allow containers and conventional workloads to be orchestrated and managed together. So-called Functions replace the traditional infrastructure for serverless computing.

Within the IBM Cloud, different services and applications are available ready-made via standard APIs. Think of cloud-based solutions for analytics, artificial intelligence (IBM Watson), social media, etc. The value of the platform lies in its completeness.

Ready for a step-by-step modernisation of applications? Large organisations can test IBM Cloud for VMware without obligation through the IBM Cloud Portal

Small to medium-sized companies can go here > for an overview of the possibilities. You can also contact IBM Cloud directly for advice and support. 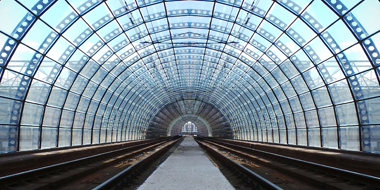