Storage with minimum of latency

Networks and CPU’s (possibly accelerated by GPU’s) have gained a lot of speed the last couple  of years. Storage seems to be the bottleneck. But not anymore, because companies can have flash at their disposal. But there are two types of flash, so it is important to decide which one is needed.

First, the Solid State Disks (SSD). They are fast, but they behave like spinning disks. Latency still is counted in milliseconds. Applications and business models that need speed ask for more. For instance, a hospital where doctors want to have data as quickly as possible to make a diagnosis. Or credit card companies that want to check fraud while people use their cards.

If they go for full flash, they get storage with a minimum of latency. With Flash System you’re talking a minimum of 90 microseconds. IBM worked on this kind of technology already for 40 years and has many patents pending. Recently, while developing a new machine engineers discovered a solution that would take 10 microseconds. Too much, so the idea just vanished.

But speed is not all

Data reduction is another Flash-advantage through in-line deduplication and compression. Currently, there are three flavors for storage. First, the spinning disks. Secondly, the hybrid system with a mixture of spinning disks and SSD. And on top of the ‘speed pyramid’ Flash System. Built with a minimum of programming code to offer ultimate speed, based on MicroLatency modules. In some FlashSystem models we have a built-in patern removel, in-line deduplication and compression.

Furthermore FlashSystem offers cost reduction: on licenses (less use of CPU’s), on cooling (energy efficient), on floor space (less servers needed), and on power usage. Nowadays, there is a lot on the storage menu; make sure to pick the right solution, which most of the time will be a well proportioned mixture, depending of applications and business model.

Learn more how Flash can help your business >>>

End-user creates his own workplace 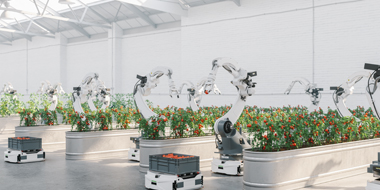 Ever considered inspecting a production line with an iPhone, a warehouse with a robot, or a bridge with a drone? Developers can now enhance applications with a ready-to-use module for image recognition: IBM Maximo Visual Inspection. This technology incorporates AI that analyses camera images to detect maintenance issues, steer autonomous vehicles or perform various […] 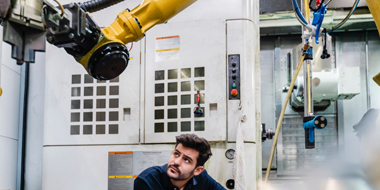 Determining the ideal moment for maintenance on a solar-panel farm on the basis of weather forecasts, performing fast, accurate quality control on a production line, and predicting a defect in a pipeline or improving safety on the work floor: it’s all possible with the IBM Maximo Application Suite (MAS). The latest version of this […] 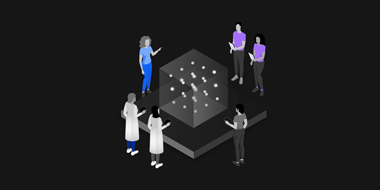 Getting the most out of your Data Fabric