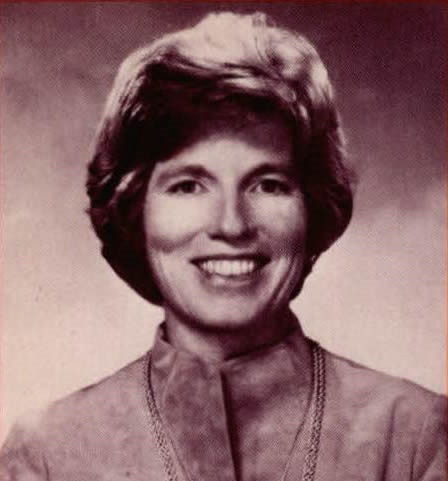 Jane was born on September 29, 1932 in Washington DC to John Joseph Cahill and Helen Reilly Cahill. In 1954, Jane graduated with a B.A. from the University of Maryland at College Park. She joined IBM as a systems engineer trainee in 1955.

Five years later, she was the site manager of a missile tracking station in Bermuda. During this time she impressed IBM’s then-Chairman Thomas Watson, Jr. with her managerial skills, leadership, assertiveness, and calmness under pressure.

In 1966, she was chosen as the first female White House Fellow by President Lyndon B. Johnson. She was one of 18 up-and-coming leaders in business, research, and engineering selected to serve in the program.

When the assignment ended, Jane returned to IBM to work in the Chairman’s office and eventually became Tom Watson’s Executive Assistant and Secretary of the company’s Management Review Committee.

In 1972, she was named IBM Vice President of Communications and Government Relations, becoming the second woman in company history promoted to Vice President.

In October 1978, at age 46, Mrs. Pfeiffer was named Chairman of the Board of NBC making her the highest-ranking woman executive in broadcasting at the time. After leaving NBC, she continued to serve as board director or trustee for numerous large corporations and educational institutions until her retirement.

Her board seats included JC Penney, International Paper, Ashland Oil, MONY, Mutual Life Insurance Company of New York, Cheseborough-Ponds, the Ladies Professional Golf Association (LPGA), the Miller Center of Public Affairs at the University of Virginia, and the Knight Commission on In University of Notre Dame.

Vehicle-as-a-Service: Driving Differentiation in the Connected-Car