In J. Thomas Bouchard’s bookshelf at IBM in the 1990s, right next to a series of books on human resources policy, was a bronze statue of a diverse team pulling together on a rope. 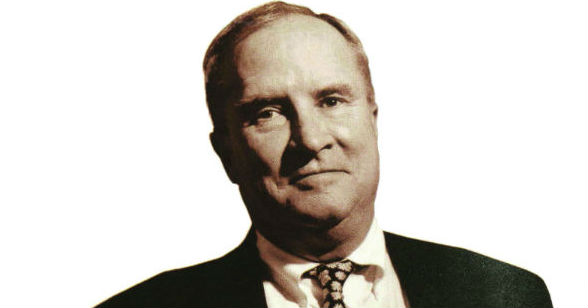 “They were diverse, and yet together,” recalled Nicholas Donofrio, then a technical leader at IBM who rose to executive vice president for technology at the company. “That sculpture was all about teamwork and a focus on winning. That was Tom Bouchard.”

Bouchard, a senior vice president at IBM for human resources, and an architect of the cultural changes that Louis V. Gerstner set in place to help restore the battered company, died on July 27 at the age of 78.

He joined IBM in October of 1994, in the tumultuous period shortly after Lou Gerstner arrived at IBM, and was a member of IBM’s Worldwide Management Council until his retirement in August 2000. He had been chief human resources officer for US WEST, one of the regional Bell operating companies, and previously spent 15 years with United Technologies in several executive positions. Gerstner recruited him as “a no-nonsense businessman” who helped drive a cultural transformation at IBM.

“Tom Bouchard had a very special talent that combined mental toughness with an open, engaging demeanor,” Gerstner recalled. “He believed strongly in the concept of a shared responsibility for all teammates to work together for the betterment of the enterprise. He loved working with his colleagues and for IBM.”

Bouchard was known for his loud entrances — he drove a Harley-Davidson motorcycle to work — and for his insistence on developing a system where IBMers would plan for team-based results, known throughout the company as Personal Business Commitments, or PBCs. In a 1995 interview, he spoke of how IBMers could be change agents, telling a reporter, “IBM has a legacy of hiring the best…… If we can get the people we have to be better at winning, executing and working in teams, we’ll move the needle in the marketplace. We’ll be better for our customers, our people and our shareholders.”

“Tom was a true partner who worked to improve the technical community at IBM,” Donofrio said. “He understood the importance of developing and retaining global talent, and he was a gifted and charismatic leader… a friend to everyone who knew him.”

Bouchard’s impact on HR issues transcended IBM. He served as chairman of the Labor Policy Association and was elected by his peers as a Fellow of the National Academy of Human Resources. A graduate of Loyola Marymount University, he also served on the board of several companies and was a trustee of the American Indian College Fund.

“Tom Bouchard was a trailblazer at a critical time for IBM,” said Diane Gherson, IBM’s Chief Human Resources Officer. “He knew the company was not going to succeed with great technology alone, but with superior talent and by fostering a winning culture. That’s his enduring legacy at IBM.”

What the ADA Has Meant to Me

How the Media's Merger-Mania Will Impact Consumers