The Innovative Impact of IBM Fellows

Having been appointed an IBM Fellow in 1992, I have a long perspective on the program, and immense respect for what it allows one to accomplish.

What makes the IBM Fellow program perhaps most exceptional is that it was launched in 1963, by T.J. Watson Jr. This was an era where large corporations traditionally handled non-conforming individuals by driving such square pegs into round holes via the use of a bigger hammer.  Wild ducks that stepped out of line ended up a l’orange.  In direct opposition to that tradition, Watson recognized the value that such out-of-the-box thinkers brought to a company already long known for its motto, THINK. 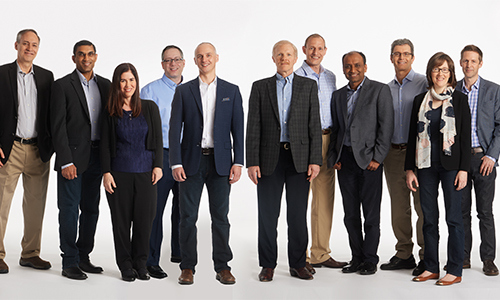 This week, IBM announced its 2017 class of Fellows.

It is incumbent upon our Fellows to carry on the tradition of using this appointment to accelerate their ability to create differentiation where there was none, invent the improbable and see their innovations through to market, all the while bringing their colleagues along with them.

The global technical community of IBM is immense and unrivaled in its depth and breadth. Our Fellows are being recognized as leaders of that community.  My experience as a Fellow has taught me many things, but chief among them is that we cannot get the really important stuff done on our own, and we are not the world’s expert at everything.

I recall sitting at dinner a number of years ago with four colleagues one evening in a pub near Hursley, England, preparing to join those colleagues at a technical community meeting focused on IBM’s long tradition of enabling a technical leadership path for those choosing that option. It was well into dinner that it occurred to me I was unique at that table, being the sole individual present who had not won a Nobel Prize.  As I said, we’re not the expert at everything, but we can bet that there are colleagues out there in our global technical community who can fill any skill gaps that stymie us, and will come running when asked to do so.

The obligation of our Fellows is of course the converse, so that when others reach out for help, we respond in kind.

Our Fellows are part of the technical bedrock of IBM, and are members of a small community that is expected to stand and deliver in the face of daunting technical and business challenges. This will, on occasion, require them to stand their ground in the face of withering pushback given the disruption they may create.

IBM is one of those very rare companies where, in my 25 years as a Fellow, I have found that without exception, “data wins.” When the facts say that you and your collaborators are correct, it is your responsibility to make your voices heard.

As an IBM Fellow, be assured the folks that matter will listen.  We should never fear that as the octagonal peg we will be hammered into the square hole. The Fellow program has its roots in the prohibition of that very behavior, recognizing the tremendous value we have brought to this company, and what more we will bring.

AI for Social Good: How Man & Machine Are Making A Better World

A New Generation of Networking Is Upon Us