When I saw the movie Hidden Figures, I was struck by the determination of the so-called human “computers” – the African-American women whose mathematical calculations made it possible for astronaut John Glenn to be launched into orbit during the 1960s Space Race that coincided with American advances in Civil Rights. 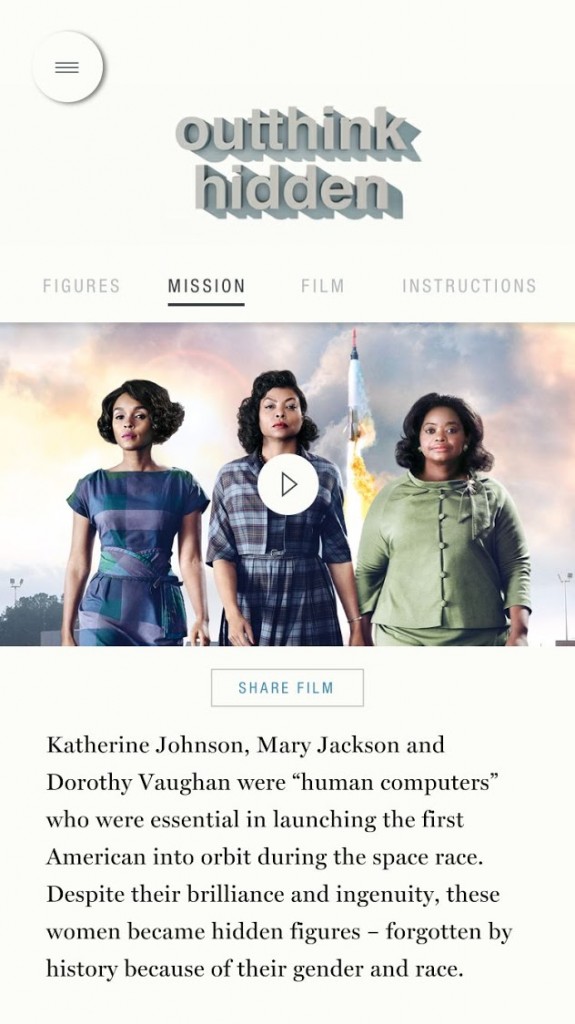 The inspiring stories of these three women – Katherine Johnson, Dorothy Vaughan and Mary Jackson – made me think of other unsung heroes of STEM (science, technology, engineering and mathematics) who came from diverse backgrounds, and whose contributions to society have changed the world. They are heroes we should know and celebrate.

That inspiration, which was shared by others, led to the creation “Outthink Hidden,” a new augmented reality (AR) app about select “hidden figures” of STEM innovation in the fields of medicine and public health, the environment, aerospace and more. It’s available for free download on iTunes and Google Play.

Similar to a virtual museum, the app allows users to explore an array of 3D computer graphics renderings, written histories and audio and video narratives of Johnson, Vaughan and Jackson.

IBM has long recognized the link between diversity and innovation. Diversity is core to our culture and values, and our commitment to inclusiveness dates back more than 100 years. IBM hired its first African-American employee in 1911, and in 1953 the company called for equal opportunity in hiring “regardless of race, color, or creed,”11 years ahead of the 1964 Civil Rights Act.

This commitment to building a diverse workforce permeates IBM’s approach to recruiting, hiring and career development. We also think it’s important to transform education to increase the number of diverse students studying for careers in STEM. The U.S. Department of Education projects that STEM-related jobs will grow at more than double the rate of other jobs.

IBM is driving the reinvention of American education with P-TECH, IBM’s growing academic and workplace skills development model that is leading a national wave of career-focused technical education in through nearly 60 schools across six states. P-TECH has already graduated more than 50 students, including a new class of 16 graduates this month. You can read about them here.

We all can be inspired by the message of Hidden Figures – that the potential for innovation emanates from all corners of society, and of the world. But as important as it is to recognize great innovators of the past who made the world a better place, it is equally important that we invest in the next generation of STEM leaders who will develop new ways to overcome humanity’s toughest challenges. Fighting cancer and cybercrime today are as important as the “moon shot” of the 1960s.

To win those fights, we must include all who have the talent and skills to contribute.

The Power of Thinking Big: IBM Research's 5 in 5