Nearly 100 years ago, IBM established its first operations in Africa, and began playing a vital role in the continent’s economic development – boosting the capabilities of its people and institutions through technical education, training, infrastructure, governance and scientific research. 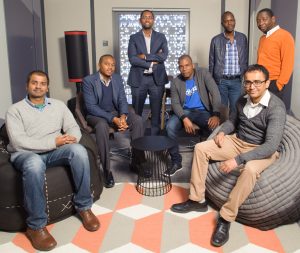 In 2013, the company drove deeper into Africa opening its first research lab on the continent, in Nairobi, to develop breakthrough technologies and science, address national priorities and continental grand challenges, and foster a local innovation ecosystem.

Today, IBM is strengthening its commitment even further, cutting the ribbon on its second IBM Research lab on the continent, this time in South Africa. Researchers in this lab will explore the use of cognitive computing, the Internet of Things and Big Data to support South Africa’s national priorities, drive skills development and foster innovation-based economic growth.

As part of a 10-year investment program through South Africa’s Department of Trade and Industry and working closely with the Department of Science and Technology, the new research lab is based at the University of the Witwatersrand (Wits), in Braamfontein, Johannesburg. The school was recently ranked among the top 10 universities in emerging economies by the Times Higher Education World University Rankings.

Braamfontein has long been considered an inner city neighborhood in Johannesburg, but we recognized a transformation taking place. Just a year ago, the area was barren and neglected; today, it’s already much more lively with beautiful buildings coming up and streets cleaned up. By making the decision to plant our roots in Braamfontein’s Tshimologong Precinct, I believe that we, along with our partners at Wits, can catalyze a technology revolution in the city and inspire startups to take root and sprout.

I want people to come into IBM Research – Africa in South Africa and feel surprise and wonder at the unexpected uniqueness of our environment. Our goals are to develop new technologies, advance science, publish, keynote conferences, and unearth discoveries. In doing so, we will embody the long-standing tradition of restless reinvention at IBM, and make a positive difference for the country, the continent and beyond.

Building Bridges with the Next Generation of Problem Solvers