The partnership between humans and technology has produced some of society’s most groundbreaking modern achievements. Today as we enter into the next great era of technology driven by advancements in A.I. and Cognitive Computing that can learn, think and understand like humans, we’re seeing firsthand the power these technologies hold when it comes to making an impact on humanity. Tens of thousands of developers are already using Watson to solve problems in healthcare, education, energy and more, and this is just the tip of the iceberg when it comes to the power of A.I. and human collaboration. 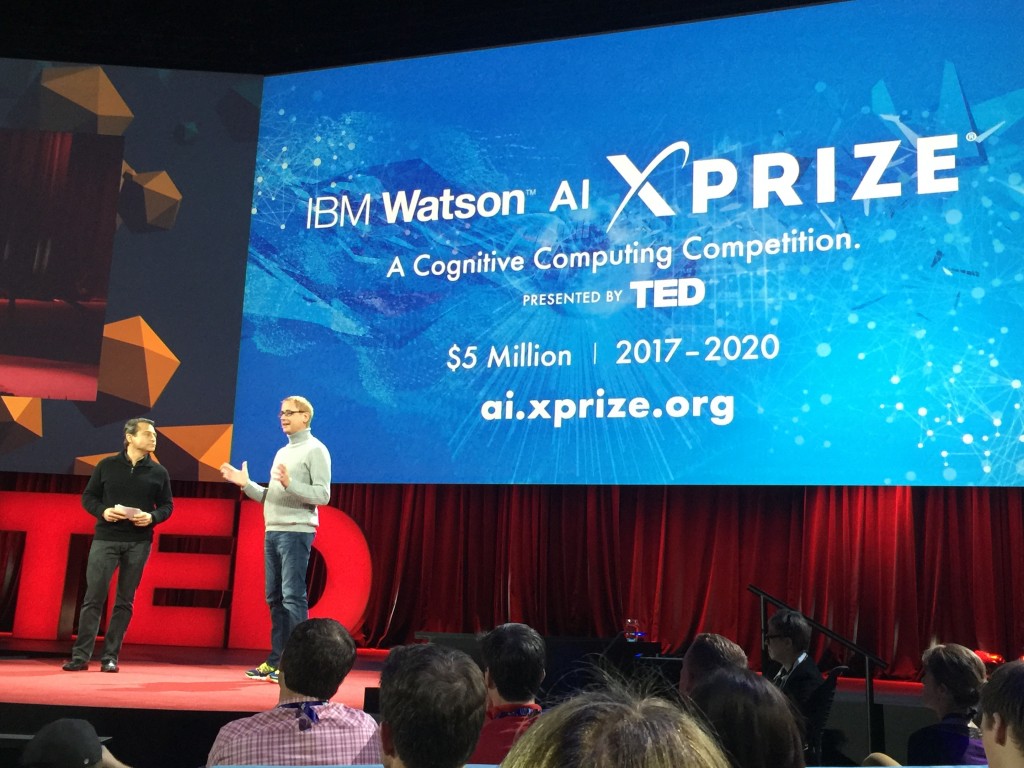 At TED2016 in Vancouver, we announced the “IBM Watson A.I. XPRIZE, a Cognitive Computing Challenge,” a $5 million, multi-year competition designed to spark new breakthroughs in human-machine collaboration that will solve the world’s grand challenges.

We believe A.I. will be the most important technology of our lifetimes, and our scientists, researchers and developers have decades of innovation ahead of them. Today there is a great opportunity to advance the work being done by the best and brightest of this community and use A.I. to solve some of the world’s biggest challenges.

The goal is to bring together a broad group of creative minds, which is why we’ve teamed up with XPRIZE, the leader in incentivized prize competitions that push the limits of possibility to change the world for the better, and the TED community, to make it happen.

For each year between 2017 and 2019, we’ll challenge teams to share their ideas publicly and go head-to-head at our annual World of Watson conference with a chance to advance through the competition and win milestone prizes. The multi-year challenge will culminate in 2020 as the three finalists take the stage to deliver awe-inspiring TED Talks demonstrating their innovations, with the TED2020 audience crowning the grand prize winner.

The IBM Watson A.I. XPRIZE will help shine a light on the innovations that can make the biggest difference to humanity. We look forward to sharing progress every year at the World of Watson developer contest, as well as through the collaboration between TED and XPRIZE.