The Science of Selfies

“We can give you loads of data.”

That’s what I said to IBM Senior Vice President of Solutions Portfolio and Research, John Kelly, III, when he asked why we installed a little “selfie” station in the lobby of the IBM Research Lab in Cambridge, Mass.

I installed the simple system in April of 2014 by connecting a web cam to a touchscreen monitor, all just to find out what people would do with it.

The idea came about when our team visited the Cognitive Environments lab in Yorktown Heights (home of IBM’s Thomas J Watson Research Center). We watched these amazing immersive environment demos for emergency planning and other real-world scenarios. So, we wondered, “what could we do in our lab?”

We came up with the idea of a digital guest book. Anyone – IBMers and visitors, alike – could sign in with a selfie.

After 300 photos in just one month, I knew we were on to something. That “something” has turned into an IBM social media phenomenon with stations at a dozen locations from Shanghai to San Jose, and mobile versions at major IBM conferences, all in less than a year.

To date, the stations have collected some 4,000 pictures, with 10,000 faces of 5,000 different people. Most importantly, they’ve given me a rich dataset to study user social behavior such as adoption, interaction, and networking, and even identity representation. And we’ve had about 80 percent participation among employees in Cambridge.

The first selfie station’s hook was, “take your photo, and we’ll remember you the next time you visit.”

Users could take their photo via webcam on a large touchscreen, manually adding their names, and giving us permission to keep the photo. When a visitor returns, the station says “hello” with information about how long it’s been since that last visit, and how many times the visitor has appeared at a selfie station. New visitors from other companies might also be greeted with photos of their colleagues.

For a group of visitors, the experience is gamified, with the station telling them how many people they need for the largest group photo at that location. Users also get creative in how they represent their identities at the kiosks, using different names, taking “doppelgangers,” or even hiding their faces.

In interviews, users describe “having fun” when taking photos, and that this increased their happiness at work. They also mentioned real business value, too (yes, selfies!) IBMers tell us it’s important to see their colleagues in these photos for community-building and social awareness: from learning the names of their colleagues and being more willing to approach them, to knowing which clients visit the office, and simply sparking conversations in the office, all because of the photos.

I recently added the ability to see photos taken at other kiosks in real-time, in the hopes of sparking the same kinds of conversations between designers in Austin and engineers in San Jose – two groups already with a station. And contrary to the typical notion that selfies are solitary, 79 percent of all station users pose with others. Those in group shots took four times as many photos as those who posed alone!

What does this all mean? Well, for one, it highlights the engaging nature of the human face. The overwhelming response we’re seeing is consistent with work done by other researchers, such as those from Georgia Tech and Yahoo Labs who found that Instagram photos containing faces are more likely to get “likes” and comments. And just as I said to John Kelly, the data – that can be analyzed for years to come – will lead to new, important findings.

Dr. Sven Laumer of the University of Bamberg and I presented these findings, The #selfiestation: Design and Use of a Kiosk for Taking Selfies in the Enterprise at the Interact 2015 conference earlier this month. See for yourself how engaging selfies can be by following the lab’s station at @ibmselfie.

Or send me a note at cadugan@us.ibm.com if your company or event would like to try out a station.

Chasing the Sun with Cognitive Technology 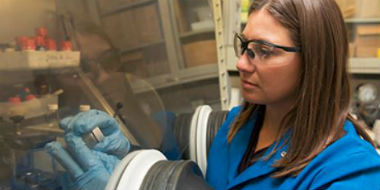 How An Accidental Discovery Led to a New, Highly Recyclable Plastic

Sunday marked the 48th annual celebration of Earth Day, the global event that celebrates the importance of environmental protection. This year, the Earth Day Network’s focus is to, “fundamentally changing human attitude and behavior about plastics and catalyzing a significant reduction in plastic pollution.” IBM, Polymer Chemist, Jamie Garcia, is doing more than her fair share […]

The Rise of Cognitive Business

By John E. Kelly III When the original Watson won on the TV quiz show Jeopardy in 2011, it was one computer tucked away in a room at IBM Research. Now it’s in our cloud, available anywhere. Back then, Watson consisted of a single software application powered by five core technologies. Today, it includes 28 […]

How Necessity Is Driving Invention, a TED@IBM Talk

By Deepak Advani What is it that separates homo sapiens from our fellow animals? Psychologists, anthropologists, artists, zoologists and many other “ists” have proposed many different ideas, but as they have not reached a consensus, I feel free to offer my own opinion: it is invention that sets humans apart. “Language” is a popular proposal […]