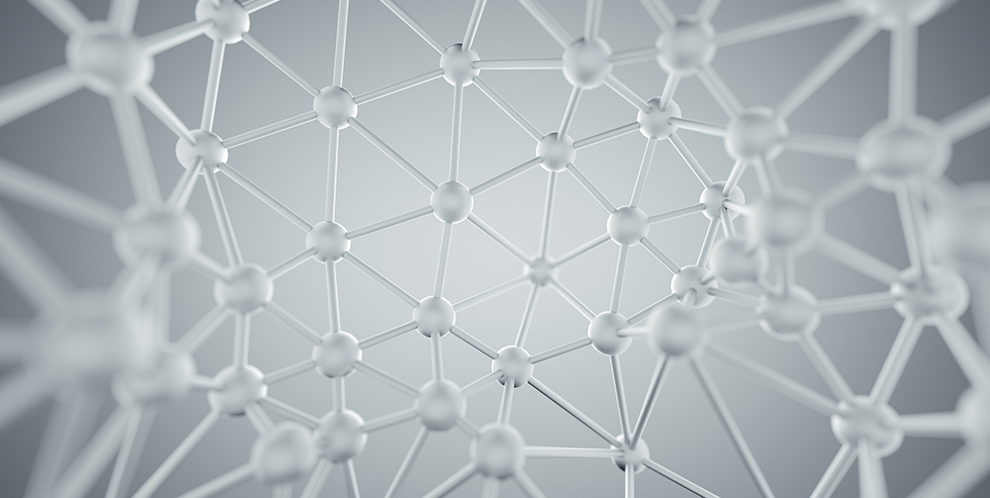 It’s evident that a “one-cloud-fits-all” approach doesn’t always work, and the IBM Systems Lab Services team’s work on thousands of IBM client engagements demonstrates this. Organizations are now using multiple clouds and integrating them with existing IT systems to generate more value. To compete successfully in today’s dynamic era of multi-cloud, you need flexibility and choice to manage both traditional and emerging workloads, while transforming your IT to keep pace.

That’s why 84 percent of enterprises are pursuing a multi-cloud strategy, and organizations on average are using approximately five different clouds, according to the RightScale 2019 State of the Cloud Report from Flexera.

Enterprise clients are looking for ways to modernize their traditional applications to cloud-native applications, but there are many good reasons why they still want to keep some of their workloads on virtual machines (VMs). This requires adopting hybrid architectures with VMs and containers, which brings additional challenges in provisioning and managing VMs and containers side-by-side.

Use case: Deploy database in VMs and WebSphere Liberty in containers on IBM Power Systems

Let’s look at a scenario in which a large Power Systems client was looking to deploy VM and container-based applications from a single management console. IBM Cloud Automation Manager has the built-in “Service Composer,” which helps organizations create hybrid workloads of containers and on-premises VMs with the click of a button. This simplicity comes in handy at the end of the DevOps toolchain, when environments need to be deployed on demand for development, testing, quality assurance and then production.

With Service Composer in Cloud Automation Manager, a new service can be created by drag and drop of VM templates using OpenStack templates and/or Kubernetes Helm charts from IBM Cloud Private based on a decided sequence. Service Composer can also call REST APIs for third-party integration and send emails.

The following are high level steps for creating a Service Composer: 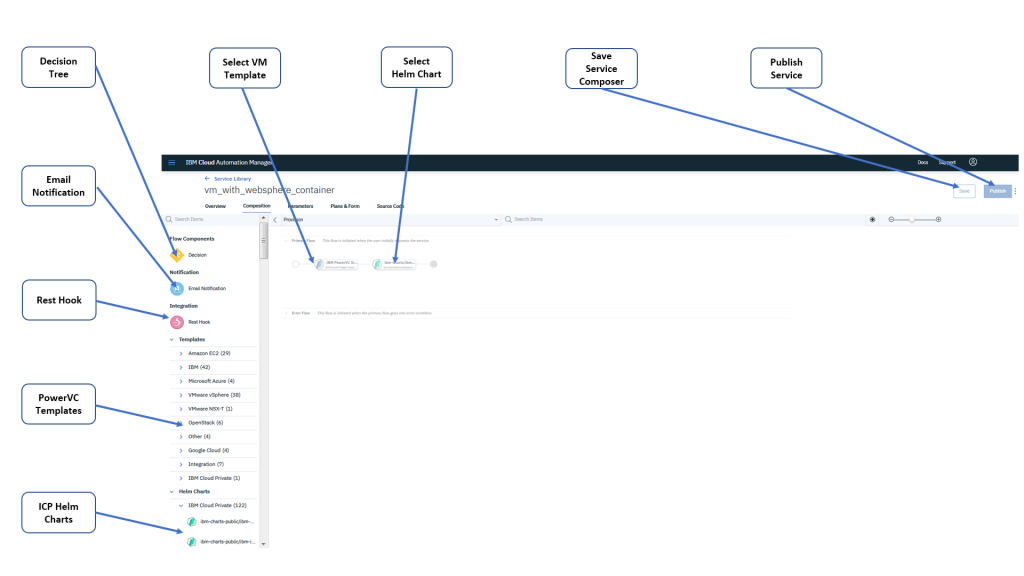 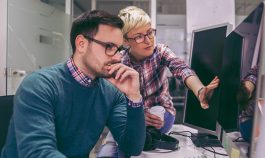 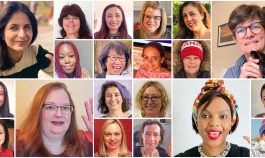 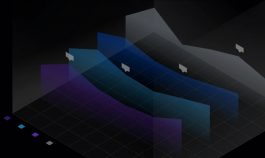