Flash innovation at the speed of business

Just a few months ago, IBM flash storage with NVMe was recognized as the most innovative in the marketplace.[1] You might think that to win such recognition, we had placed all of our bets on the table. But the recent announcements of new solutions, enhancements, and upgrades across our flash portfolio demonstrate that IBM continues to sit at the top of our innovation game.

One of the best examples of IBM flash storage innovation is our rapid implementation of the Non-Volatile Memory Express (NVMe) protocol portfolio-wide. Only a little more than a year ago, IBM announced our NVMe strategy based on optimizing the entire storage system stack. Since then, we have maintained a brisk pace of NVMe implementation with Infiniband NVMe over Fabric (NVMe-oF) support on FlashSystem 900 in February and all-flash NVMe-based FlashSystem 9100 in July. 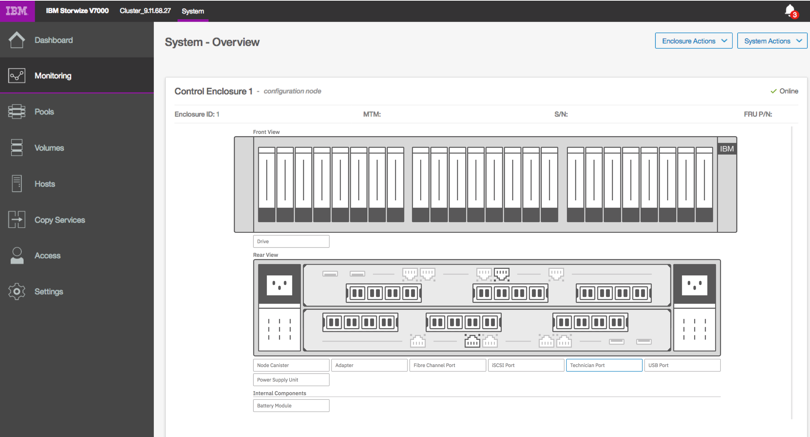 The new Storwize V7000 model helps protect and extend your storage investments with the ability to cluster with new or existing Storwize V7000 systems to support a maximum of 32PB of flash capacity. The new Storwize V7000 can deliver comprehensive enterprise-class data services across more than 440 different storage systems from IBM and others. When it comes time to dispose of older storage, the new Storwize V7000 supports nondisruptive, transparent data migration in the background while keeping your servers and applications running.

“I believe compression with FlashCore Modules is the most impactful change with the new Storwize V7000,” says Andy Davis, Storage Architect at Drillinginfo. “Storwize V7000 performance has always been great but having FCM compression included in the price–considering how great the ratios are–basically turns a database environment physical footprint from 100TB to 30TB. This makes it even more affordable to put data on flash to meet our demanding application requirements.”

We are also restating our plans to deliver NVMe over Ethernet in 2019 for systems built with IBM Spectrum Virtualize and also IBM Spectrum Accelerate (FlashSystem A9000/R).[3] Rounding out the portfolio support for NVMe, IBM plans to to support NVMe flash drives with IBM Cloud Object Storage software in SDS configurations in 2019.3 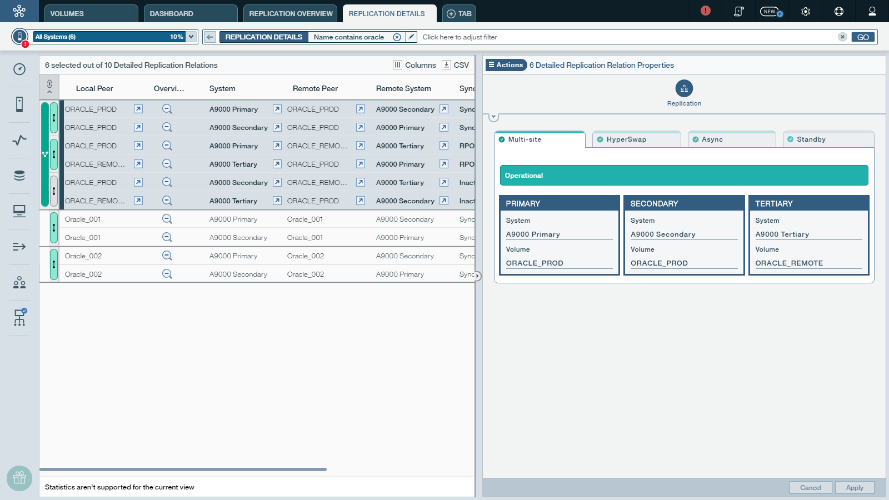 For IBM FlashSystem A9000R, a new more affordable entry configuration offers 40 percent lower list price[4] but no compromise on scalability. When data availability is top of mind for many businesses, IBM is adding the ability to use both high-availability HyperSwap and disaster recovery capabilities at the same time to enhance data availability. Finally, capacity planning with deduplication can be difficult: it can be hard to know the savings from deleting a volume or moving data from one system to another. IBM plans to enhance FlashSystem A9000/R in 2019 with AI technologies from IBM Research to simplify this process.3

We are also moving forward with incorporation of iSER, a network protocol that extends the iSCSI protocol to use Remote Direct Memory Access (RDMA), essentially the same type of technology as NVMe. iSER is now available for server connection and clustering for many systems built with IBM Spectrum Virtualize. Thanks to its RDMA foundation and its ability to reduce SCSI overhead, iSER can achieve ultra-low latencies across standard Ethernet–a great benefit for service providers and other enterprises around the world with substantial Ethernet investments.

When it comes to accelerating the performance of IBM storage, NVMe and iSER are only part of the story. We also announced upgrades to our zHyperLink technology, which can make our mainframe solutions even faster and more productive. zHyperLink is a short distance mainframe attachment link to market-leading[5] IBM DS8880 data systems designed for up to 10x lower latency than High Performance FICON. It’s the first new mainframe input/output (I/O) channel link technology since FICON.[6] 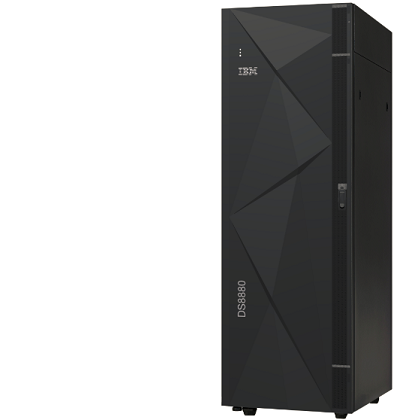 Though performance is crucial to data-driven enterprises these days, the recent IBM Storage announcements are about more than speed; increasing storage capacity and efficiency have also been important focuses of IBM innovation. We are introducing new 15.36TB custom flash that can double the storage density and raw capacity for IBM DS8880F systems.[8] Larger storage capacities, such as those enabled by the new flash, can offer multiple benefits. Not only do they enable more data to be stored in the same physical space—for example, DS8888F systems can now reach eight petabytes of capacity in a single system—they also allow the consolidation of multiple workloads, including big data analytics, technical computing, media streaming, blockchain, and machine learning. And thanks to the DS8880F systems that will leverage the new flash, these benefits hold true for IBM Z, IBM LinuxONE, IBM Power Systems, and other supported systems.

It’s important to note that the new high-capacity flash will be used in IBM DS8880F systems that also leverage the advantages of IBM Easy Tier functionality. Easy Tier uses AI technology to automate data placement across all capacity in a storage pool. With Easy Tier, data can be moved between high performance and high-density storage as needed to increase efficiency and performance while helping reduce storage costs.

“NVMe is one of the hottest technologies in the marketplace,” states Hugh Hayes EVP of IBM Business Partner Alliance Technology Group. “Last year, IBM announced their commitment to implementing NVMe portfolio-wide. Since then, we’ve seen a constant stream of NVMe announcements coming from IBM Storage. One of the most important is the recent release of the new Storwize V7000, which brings NVMe and support for NVMe over Fabrics to the Storwize lineup. Now we have a powerful new solution to offer our many customers where cost-efficiency is a crucial purchasing factor. This is the NVMe solution the market has been waiting for.” 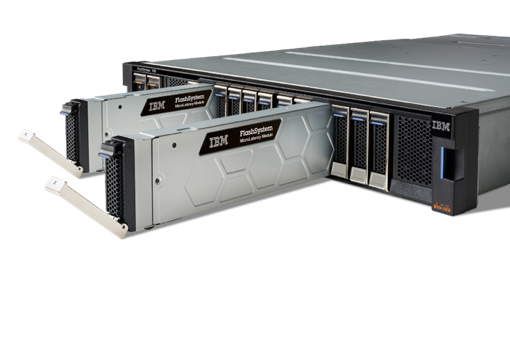 Increased capacity is also being delivered with IBM FlashSystem 900, the flagship of IBM FlashCore technology. But in typical fashion, IBM FlashSystem 900 takes an innovative approach–increasing the DRAM in its high capacity module, which has the effect of doubling the effective capacity to nearly 44 TB, depending on the compressibility of the stored data.[9] The latest IBM FlashSystem 900 model also sports an updated user interface, faster rebuilds, NVMe-oF connectivity and improved capacity reporting, among a number of other improvements.

If you intend to infuse your business with a constant stream of the latest data systems technology, look no farther than award-winning IBM flash. The flood of announcements from IBM Storage demonstrate that no matter how fast your business world is changing, IBM innovation is moving even faster.

[3] Statements regarding IBM’s future direction and intent are subject to change or withdrawal without notice and represent goals and objectives only.