Expressing the future of business

By 2021, NVMe will replace SCSI as the protocol of choice in enterprise-class storage arrays, and more than 25 percent of spending on all-flash arrays will derive from end-to-end NVMe-based systems.[1]

For IBM Storage customers, this prediction from IDC can be viewed as welcome news. It validates the vision and engineering objectives IBM flash storage solutions have been accomplishing for decades.

But before we highlight how well this prediction fits into the direction IBM Storage has already been moving, let’s explore why the Non-Volatile Memory express (NVMe) protocol and related technologies are sparking such enthusiasm amongst both the analyst and business communities. At heart, the core driver is simple and yet very powerful – better business.

In the FutureScape study, IDC states: “With the speed of business proceeding at a rapid pace, real-time analysis and response will become a necessary capability… By 2020, 60–70 percent of Fortune 2000 companies will have at least one mission-critical workload that leverages real-time big data analytics…” The study goes on to note that leveraging real-time analytics will provide enterprises with unprecedented capabilities to spot new market opportunities and drive deeper understanding of how to take advantage of them.

NVMe helps technologies used in real-time analytics such as Apache Spark, SAP HANA, and NoSQL data stores more fully exploit the microsecond latency provided by all-flash arrays. It reduces I/O overhead between CPUs and storage, resulting in performance improvements compared to previous interfaces such as SCSI that were originally developed for use with far slower hard disk drives.[2]

The adoption rates for these real-time analytics tools certainly suggests that ultra-low latency is in high demand. For example, by 2020, NoSQL sales may reach $3.4 billion, driven by a 21 percent annual growth rate.[3] Scaling up web infrastructure on NoSQL databases has proven successful for Facebook, Digg, and Twitter, among many others.[4]

SAP recently announced that the S/4HANA adoption rate doubled year over year in 2017 to more than 5,400 customers, with 1,300 signing up in the fourth quarter alone, including Nike and Ameco Beijing.

IBM Storage solutions have been leaders in providing the ultra-low latency required by 21st century business applications. For example, for nearly 30 years, until the summer of 2007, the precursors to IBM FlashSystem all-flash arrays utilized RAM instead of NAND flash. Those systems were engineered to accommodate microsecond latencies, with internal buses and interfaces operating at essentially bare-metal speeds. That heritage and engineering focus has carried over to this day in IBM FlashCore® technology.4

The Coherent Accelerator Processor Interface (CAPI) from IBM offers another good example. CAPI provides even lower overhead and thus lower latency than NVMe,4 allowing storage devices to interact with processors and system memory like another processor would. It provides a way to attach storage devices with essentially no software overhead or device drivers. To make CAPI technology available to developers worldwide, IBM helped found the OpenCAPI Consortium in October 2016. CAPI demonstrates that there has been significant, ongoing IBM innovation for years in ultra-low latency technologies. 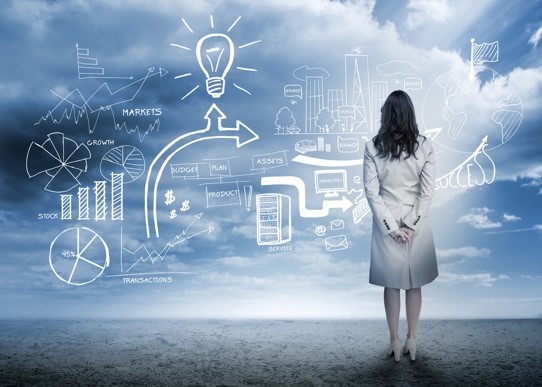 And IBM Storage customers will certainly see significant IBM innovation and development in 2018 within the NVMe arena itself. This will mean that across the full spectrum of application workloads and business use cases – from mainframes and converged infrastructure to hybrid cloud and cognitive analytics – IBM will offer multiple ultra-low latency solutions.

The IDC prediction about accelerating NVMe adoption rates is good news for IBM Storage and our customers. We’ve already been moving toward this “future scape” for years – which gives new meaning to the old adage – No brag, just fact.

[6] zHyperlink Express is designed for up to 10x lower read latency than High Performance FICON. The projection is based on z14 and zHyperlink test results conducted by IBM.