With over 25 years of experience, Raúl has participated in a wide variety of projects where he has acquired skills in a large number of different disciplines. In 1991, he started my career at IBM as a software developer for mainframe environments; 5 years later he joined the AS/400 team as the owner of the code for the DB2/400 ODBC driver. In 2001, Raúl was invited to participate in the development of device drivers for IBM point of sale hardware under Linux Red Hat environments. In that project, he obtained a patent thanks to the design and implementation of an ultra-fast algorithm to process commands in the point of sales IBM printer. Subsequently, he joined the storage team, developing the microcode for the IBM 3494 enterprise tape library. In 2007, Raúl was named Offering Manager for the IBM DS3700 family and other High-Performance Storage solutions. Currently, he is worldwide marketing manager for IBM Spectrum Fusion. 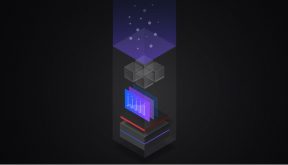 Achieving a state of digital modernity with cloud-native applications requires a shift in IT ...