Jeff Benson is a senior IT consultant who has been with IBM for over 30 years. Jeff originally started as a software developer for IBM mainframes and IBM RS6000s and soon after led a system administration team for several IBM high performance computing systems. These systems started with IBM SPs and spanned thru the use of IBM p575s. Jeff joined the IBM Systems Lab Services Power Cloud team in the spring of 2011 and has been heavily involved with implementing public and private cloud solutions on IBM Power Systems. Jeff’s most recent work is assisting with the buildout of IBM PowerVS services for the IBM Cloud. 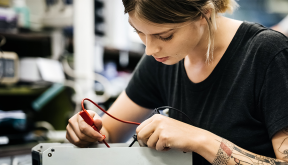 Modernize your apps with IBM Power Systems in hybrid multicloud

Let’s jump in and take a quick look at how you can get real business value with software that lets...