Jackson Shea is a consultant on the North America IBM Systems Lab Services team. He has been with IBM for 10 years. Prior to that, he worked for The Regence Group, a BlueCross BlueShield consortium for Oregon, Washington, Idaho and Utah. The Regence Group was a long time IBM client and Jackson managed IBM, EMC and Hitachi storage systems on McData, Brocade and Cisco Storage Area Networks (SANs) in three data centers. With IBM, he has focused on implementations of Spectrum Virtualize, particularly SAN Volume Controller Enhanced Stretch Cluster, and has been deeply involved with the development of Spectrum Virtualize for public cloud. He is also knowledgeable in areas of data encryption, storage management automation and SAN management and extension technologies. 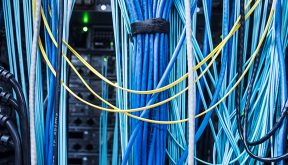 Has the siren song of hybrid cloud captured the hearts and minds of key decision makers in your ...