Alessio Quaglini is a visionary entrepreneur with over 15 years of professional experience, developed in banking, regulatory bodies and management consulting. Prior to founding Hex Trust, Alessio was the Head of Strategy Asia for BBVA, overseeing the overall business development and geographical footprint in Asia. Among the responsibilities, Alessio helped the Bank set up branches and obtain regulatory approvals in Taiwan, South Korea, Australia, and Japan. Alessio was subsequently Director of Financial Institutions at First Abu Dhabi Bank, where he was responsible for developing the bank's business with Financial Institutions and Non-Bank Financial Institutions in North Asia. Alessio also worked at the Italian Financial Services Authority (Consob) in Rome, where he was responsible for the supervision of public equity and derivatives markets in the market abuse department. Alessio is an early adopter of cryptocurrency and set up Arepo Capital, a cryptocurrency hedge fund in 2016 and speaks four languages English, Spanish, Italian, Chinese – Mandarin. Alessio earned his bachelor's and master's degrees in telecommunication engineering from La Sapienza University in Rome, his MBA from IE Business School, earned a Quantitative Finance diploma from Stanford and is a CFA Charterholder since 2012. 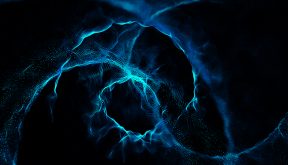 Blockchain technology is moving beyond experimentations and use in payments. Recent advances in cryptographic, security and distributed ledger techniques have opened the door to widespread use.