Achieving agility in a hybrid and multicloud world

Just two decades ago, most enterprise IT infrastructure resided on premises. Many enterprises have since moved portions of their infrastructure to one or more private or public clouds, and IBM believes that most enterprises will maintain a balance of on-premises and cloud infrastructure. They will continue to use the cloud for what the cloud is typically best for (for instance: Rapid deployment, scalability and certain cost efficiencies), and on-premises infrastructure for what it’s typically best for (performance, and in some cases control and security). The value of a hybrid environment is in bringing together the best of both of these worlds.

IBM has been re-inventing its modern infrastructure portfolio with offerings to support our clients at their points of need on the continuum of on-premises and cloud environments. By doing so, we empower them with an unprecedented level of flexibility in how they deploy compute and storage resources, workloads and data — wherever it makes the most sense to balance their performance, security and cost requirements — while leveraging IBM’s server and storage platforms. We call this agility.

Consider IBM Power Systems servers, which are purpose-built for demanding workloads such as artificial intelligence (AI). We frequently see organizations begin their journey to AI by experimenting with building and training models using the GPU-accelerated Power Systems AC922. The server is frequently first deployed on premises, because that is where much of an organization’s critical data resides and locating the compute resources close to the data makes training go faster.

As an organization expands its use of AI, IT may want to move some — or all — of its supporting compute resources to the cloud. To support that, IBM offers the same server in the IBM Cloud, along with our PowerAI software, an enterprise software distribution of popular open source deep learning frameworks. Regardless of where it’s deployed, clients benefit from the best server platform for AI.

The same is true for other demanding workloads. Power Systems servers optimized for SAP HANA, for example, support up to eight production virtual machines on a single system. These servers can be deployed on premises or in the IBM Cloud.

Consider, also, the example of enterprise-scale databases as a service (DBaaS), which are generally quick to stand up and easy to administer. Many DBaaS offerings, however, present security risks from both internal and external threats, which are of particular concern to clients in regulated industries. The DBaaS offering within IBM Hyper Protect Services addresses this by combining a scalable open source database such as MongoDB Enterprise running on a pervasively-encrypted IBM LinuxONE platform in the IBM Cloud.

A final example involves data protection and availability. IBM Spectrum Protect Plus software facilitates the recovery and reuse of application data and virtual machines hosted on premises or in the cloud. In addition to traditional “backup,” the software can make copies to support use cases beyond recovery. For instance, developers can gain automated access to the latest copies of VMs and databases —wherever they reside — to accelerate application development and testing. IBM Spectrum Protect Plus also provides APIs for integration with popular DevOps tools such as Chef and Puppet.

In the world of IT infrastructure, one size never fits all. For enterprises, agility means benefitting from IBM servers and storage platforms optimized for demanding workloads without sacrificing the flexibility to leverage those platforms in cloud or hybrid environments as an organization’s needs change. IBM will continue to innovate along these lines, with offerings that give IT organizations the agility they need to transform their businesses. 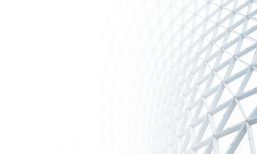 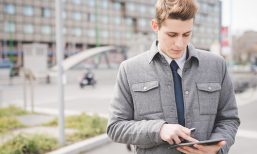 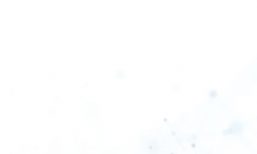