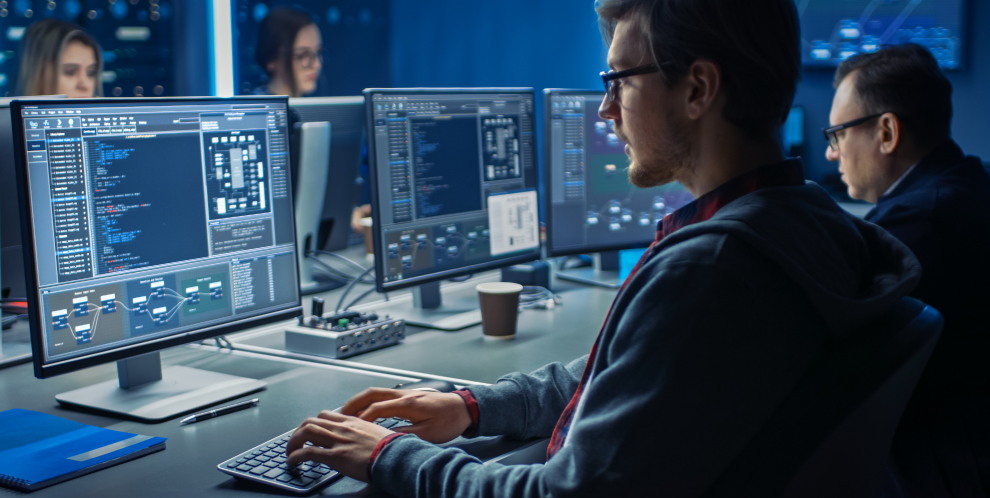 Much as Linux and open source transformed how operating systems were developed, open source software (OSS) is transforming the way applications are developed. Clients and ISVs (Independent Software Vendors) are increasingly embracing OSS. According to the 2021 Red Hat State of Enterprise Open Source report, 90% of IT leaders are using enterprise open source1. At IBM, OSS forms the foundation for our Red Hat synergy, Cloud Paks, and the ISV enablement that Power customers can rely on as they accelerate the modernization of their mission critical workloads.

To stay competitive, customers are embarking on workload and infrastructure modernization which is designed to help their enterprise systems keep pace with today’s speed of business. We see that many of these customers are shifting to an open hybrid cloud and are adopting flexible tools for a modern DevOps environment. Architecture-independent developer tools can simplify developer workflows while increasing collaboration, productivity, and visibility by unifying enterprise-wide DevOps regardless of the underlying platform.

With the GitLab Ultimate 14.3 release, IBM Power customers can gain a modern DevOps platform, delivering an end-to-end solution for collaboration, visibility, and development. The GitLab Runner, and its operator, available via the OpenShift Operator Hub with support for Power expected at the end of October, extends GitLab’s multi-architecture CI/CD capabilities and native build and validation of high value workloads to IBM Power.

Nima Badiey, VP of Alliances at GitLab shared that “GitLab, the DevOps platform, is designed to accelerate deployment of critical workloads on IBM Power and Red Hat OpenShift. As businesses look to accelerate their digital transformation initiatives with hybrid and multi-cloud deployments, our customers can leverage the latest GitLab 14.3 release including the GitLab Runner for IBM Power and the new Power10 processor, to develop, secure, and operate software in a single application which can lead to faster pipeline performance and increased collaboration between developers and security teams.”

To further integrate Git repositories into Kubernetes deployment paradigms, OpenShift offers fully supported CI/CD with OpenShift Pipelines, based on OSS Tekton. OpenShift Pipelines is fully integrated with GitLab to deliver a seamless experience for both ISVs and end customers. Other tooling ISVs focused on CI/CD include Travis-CI and Jenkins. Jenkins is used by developers mostly as a continuous integration engine but also facilitates continuous build and deployment and infrastructure deployment. In keeping with the open source spirit, OpenShift Pipelines can be used as an alternative to or alongside Jenkins deployments. Jenkins and Tekton are both Continuous Delivery Foundation Projects.

Travis-CI, who announced support for Power9 in 2019, is a continuous integration platform for building, testing, and deploying open source software, and it supports open source projects that are hosted on GitHub, GitLab, and Bitbucket. Travis CI is designed to make it simple to run a build against multiple CPU architectures with the addition of one additional line in the configuration file. Visit the IBM Developer blog for a tutorial and more information on Travis-CI.

Choosing the right tooling solution influences DevOps flexibility, maturity, automation and transformation to help customers develop and deploy applications to the cloud environment of their choosing. Along with our ISVs like GitLab, IBM Power and Red Hat OpenShift can help customers and ISVs accelerate their modernization journeys by adopting tooling designed to support important missions, likean accelerated time to market through the continuous delivery of an automated and efficient CI/CD pipeline.

[1]https://www.redhat.com/en/enterprise-open-source-report/2021
[2]Statements regarding IBM’s future direction and intent are subject to change or withdrawal without notice, and represent goals and objectives only.

The rise of Open Source Databases