I’m an avid NY Giants fan, living in the deep cold of Minnesota Vikings territory.  And, I love using my DVR for instant replay and recording all the big games.  Still, my DVR sits unused most of the time, all the while consuming electricity. (In fact, the National Resources Defense Council estimates that US consumers waste $2 billion per year on electricity when their DVRs aren’t in use.)

So, right in my own family room, l have a small version of a bigger IT problem: data centers could be more energy efficient if computer servers were better utilized and weren’t sitting idle most of the time. When I’m not watching the Giants, my day job at IBM has me discussing that very issue on a bigger scale with clients. They want to know how to optimize their data center operations using highly utilized servers that are also energy efficient.

The answer typically comes down to three basic points:

Of course, IBM isn’t the only company looking at each of those individual issues, but we look at them together and have decades of experience helping clients design and optimize their data centers.

It’s common knowledge that the expansive use of commodity x86 servers has led to thousands of under-utilized servers, that according to government and industry reports typically run at 5-15%[i] capacity, each adding to the cooling and energy footprint of the datacenter.  Virtualization of x86 servers has helped, but the reality is that most virtualized x86 servers run under 50% capacity.

That’s way under the 75%+ utilization rates that are common on enterprise servers like IBM System z and IBM Power Systems, which were designed to scale-up, taking advantage of ultra-efficient hypervisor technologies, z/VM and PowerVM, which enable multiple images or instances of an operating system to be run concurrently on the same machine.

That’s why Linux on System z has been so successful.  It’s easy to consolidate thousands of virtual Linux images onto System z, scaling-up with consistent high performance, high asset utilization and energy efficiency.  Obviously, if you just have a few Linux servers, then x86 servers are probably the right platform choice.  But people are often surprised to find that, with as few as 40 Linux virtual machines (VMs), there can be substantial software and administrative costs savings with Linux on System z.

One clear advantage is the huge VM density (the number of operating system images you can run on one processor) and resulting high utilization, which you can achieve on a single System z node, approximately 240 VMs as opposed to about 10 on an x86 eight-core system. Another key advantage is the System z shared-everything design philosophy, which enables thousands of Linux VMs to use a common virtual resource pool of processors, memory and I/O resources rather than having any dedicated hardware for each VM .  This efficient sharing enables administrators to drive the highest levels of server utilization, with fluctuations in workload demand balanced based on business-driven priorities and objectives.

Take the experience of EFiS Finance Service as an example.  Based in Switzerland, EFiS is a Software as a Service (SaaS) cloud provider for the finance industry.  They consolidated 210 Linux operating system instances or separate workloads, from x86 architecture servers to 10 production Linux systems on IBM System z.   Consolidation has enabled them to easily adjust the allocation of processors and memory to ensure optimal resource utilization, and they have seen a more than 30 percent savings in energy consumption.

Making sure highly utilized servers are running at optimal energy efficiency is also a vital issue.  And, while the processors have become more energy efficient – like how our latest POWER7+ processor delivers five times the performance per Watt over our POWER6 processor-based servers — the real action is taking place in dynamically managing and balancing the energy consumption of the server to meet the ebb and flow of workload demands.  Our Power Systems servers are designed with EnergyScale, technologies that help you understand and control energy consumption and cooling needs.  Sample EnergyScale innovations include:

The other big trend I am seeing is toward more comprehensive datacenter monitoring for energy efficiency.  Many clients using the IBM Active Energy Manager software — often with IBM Tivoli Monitoring for Energy Management –  are getting much better data and insights on the dynamics between their IT (servers and storage) and facilities (cooling & electrical) equipment.

Active Energy Manager is a great way for IT operations to get started with monitoring and get a better handle on their Power Usage Effectiveness (PUE), the common metric for comparing datacenter energy efficiency.

So what’s next?  You have probably seen those robotic vacuum cleaners that go around the house automatically cleaning while we watch football?  Well, one of our experts in IBM’s Watson Research Center (yes, they’re the same IBMers that brought you Watson on Jeopardy!) came up with the idea of adding mobile measurement technology on the top of these robots. So now you can monitor temperature throughout the datacenter, from floor to ceiling, creating a dynamic 3D image that identifies hot and cool spots.  We can even connect data from that device to facilities equipment, to dynamically manage computer room air conditioning units in real-time.  Now, that’s a smarter datacenter!

Are You the Keymaster? Yes, Actually, I Am 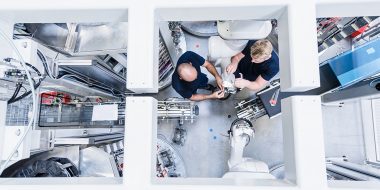 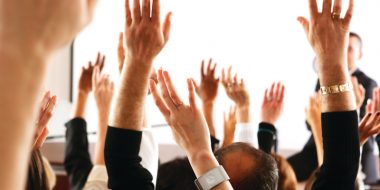 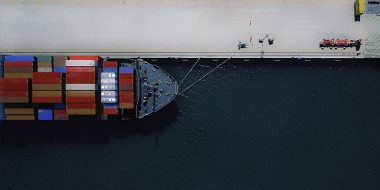 Where to find help on your pervasive encryption journey

The threat of data breaches remains very real — we hear about it often in the newspaper headlines and on TV. Security is a high-priority issue for businesses, and as technology continues to evolve, you need security solutions that can keep you one step ahead of the threats. IBM z15 was recently released, and I’m ...read more