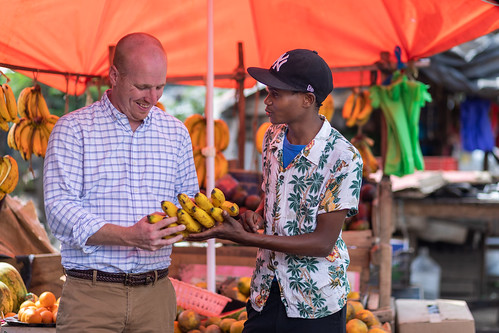 Grant Brooke, CEO and co-founder, Twiga Foods and Kevin Gakuru, a food kiosk owner, who used the blockchain for a microfinance loan.

Late last year Nairobi-based Twiga Foods, a business-to-business logistics platform for kiosks and food stalls in Africa, was looking to expand its logistic services into a total market ecosystem by adding financial services for its clients.

Grant Brooke, co-founder of the $13 million start-up explains, “Previously, we were focused on helping farmers distribute bananas, tomatoes, onions and potatoes to 2,600 kiosks across Kenya, but we soon realized that we could help them sell even more produce with access to working capital. It’s simple, if the food vendors can sell more, we can distribute more, growing both of our businesses.”

Brooke didn’t have far to look and formed a collaboration with IBM scientists in Nairobi to build and test a blockchain-enabled finance lending platform. But there was a catch. How could loans be provided when most of the vendors lack a credit score?

Luckily, IBM scientists know a thing or two about using machine learning and mobile data and how to apply both towards developing credit scores – they’ve done it before. In a previous project with an African bank and mobile operator more than $3 million in loans were distributed. 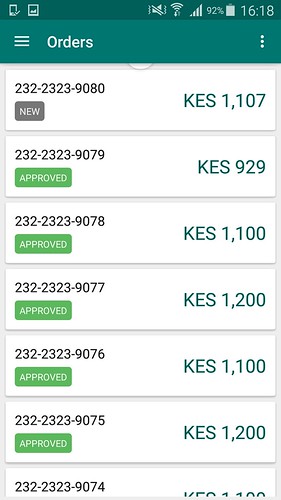 All of the loans were managed by blockchain and executed via mobile phone SMS.

“We analyzed purchase records from a mobile device and then apply machine learning algorithms to predict credit worthiness, in turn giving lenders the confidence they need to provide microloans to small businesses. Once the credit score is determined, we used a blockchain, based on the Hyperledger Fabric, to manage the entire lending process from application to receiving offers to accepting the terms to repayment,” said Isaac Markus, a researcher on the inclusive financial services group at IBM Research in Kenya.

With blockchain, the lending process becomes transparent to all permissioned parties involved, from the lending bank to the borrower’s bank and the loan applicant themselves. Blockchains are immutable, helping to reduce fraud, since no one single party can append the blockchain without consensus from the entire network. Finally, blockchains employ a series of “smart contracts” which can be executed in real time, having the potential to significantly reduce the time it takes to manually process and issue a loan.

To test the new platform Twiga Foods and IBM ran a pilot at the end of last year with 220 small food kiosks, known locally as “mama mbogas” in Swahili, across Kenya. 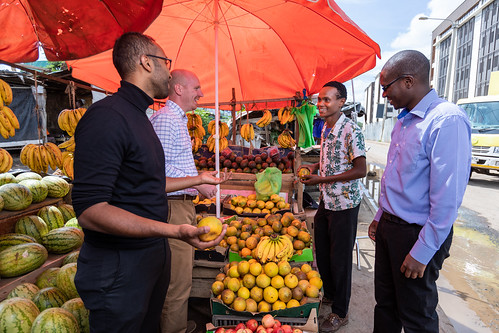 The eight-week pilot processed more than 220 loans with the average loan around $30 (3,020 KES), which increased the order size by 30 percent and profits for each retailer, on average, by six percent. The loans were for four and eight days with an interest rate of one and two percent, respectively.

All of the loans were executed via mobile phone and went directly toward working capital for the businesses. When a retailer had an order delivered, they would get an SMS with loan options for financing that order. They would then respond to the SMS confirming the loan option they preferred.

“We had several iterations of the platform based on feedback from the retailers. The SMS-based solution provided an effective channel for a diverse set of users, some with limited IT literacy, to access financing for their orders,” said Andrew Kinai, the lead software engineer on the project at IBM Research.

Based on the success of the pilot, the plan is for the platform to be rolled out to more SMEs across Africa by the end of the year and expanded into new sectors.

IBM inventors were awarded 9,262 U.S. patents – topping, once again, the list for the most U.S. patents received, for the 27th year running. That brings the total number of IBM’s U.S. patents to over 140,000.