Two IBM Researchers to Speak at TEDGlobal 2017 in Africa 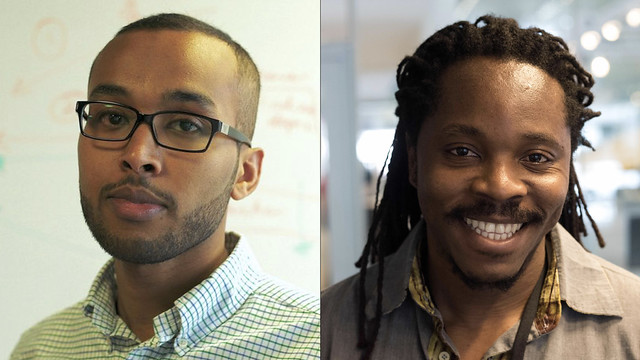 This week in Arusha, Tanzania, hundreds will gather for one of the most highly anticipated events of the year: TEDGlobal.

The sold out event brings together entrepreneurs, business leaders,  technologists, dreamers and doers to talk about the challenges and opportunities on the African continent.

Representing IBM’s Africa Labs scientists Drs. Abdigani Diriye and David Moinina Sengeh, will be participating. The duo will give talks about AI in healthcare, machine learning and entrepreneurship on the continent.

More specifically Dr. Abdigani Diriye. who leads the research group focused on fintech in Africa will talk about an accelerator he has launched in Somalia which has ignited a community of innovators, engineers, NGOs and private sector companies who now support and invest in the startup tech scene in the country. Diriye was recently named to the MIT Technology Review Innovators Under 35 list.

Joining him in a separate talk is Dr. David Moinina Sengeh who co-leads the design and deployment of healthcare technologies in Africa for IBM Research. His talk will focus on the use of artificial intelligence to address the challenge that most African countries still have fewer than 50 doctors for every hundred thousand citizens. He will also host a workshop and demonstration called Smile for Science which seeks to generate a diverse set of labelled images, particularly of Africans, to improve the accuracy of machine learning algorithms for emotion recognition.

IBM’s first African research lab was opened in Nairobi, Kenya in 2013. In August 2016, IBM opened it’s second lab in Johannesburg, South Africa and in recent years, IBM has also invested in the development of an IBM Client Centre, an Innovation Centre, Service Delivery Centre and a number of offices and data centers across the continent.