On February 7, 2009, scorching temperatures baked southeastern Australia, while a strong, northerly wind shaped a head-high swell rolling into the southern coast. The surf was excellent and I was thankful to cool off in the Southern Ocean waters near Melbourne, Victoria, but it was a different story inland, where more than 400 bushfires raged. “Black Saturday” as it came to be known, killed 173 people, and injured 414 – the worst bushfire disaster in Australia’s history. It also happened at the tail end of a 13-year drought and multiple El Niños. The drought severely strained water resources, decimated livestock, changed agricultural practices permanently, and demanded a plan for a weather-resilient nation. It steeled my resolve to complete my PhD in atmospheric science.

While I became interested in atmospheric science because I wanted to predict the best time to surf (and I knew math and physics powered the “crystal ball” to make those predictions), today I work as an atmospheric scientist because I love the challenge of building systems that predict weather and water, helping people make the right decisions for the right reasons – even in places where you can’t surf.

I split my time between IBM Research with The Jefferson Project, The Weather Company with its Forecasting Sciences group, and as a Fellow at Science Sandbox @ New Lab in the Brooklyn Navy Yard, where I’m working on a project called Weather for the People.

Over the last few years, our team at IBM Research, along with scientists at RPI, have been helping transform Lake George in upstate New York into “The World’s Smartest Lake” as part of The Jefferson Project. Fresh water environments, like Lake George, are facing unprecedented threats worldwide – from agricultural runoff and urban development, to road salt in winter. To help protect one of America’s most famous lakes, we’re building a new model for environmental monitoring and prediction, a blueprint to preserve other fresh water bodies – including rivers, estuaries and wetlands – around the globe. To do this, we use a suite of numerical models to simulate the physical environment at Lake George.

For my part, I lead the weather and land surface modeling for The Jefferson Project. This means my experimental weather forecasts, which run at a hyper-local resolution on a supercomputer (the horizontal resolution of each grid box is around 0.2 miles), must interact seamlessly with other numerical models for soil processes, hydrology, lake hydrodynamics, and lake chemistry and biology. This model stack is connected to an intelligent sensor network across the lake that provides critical observations for data assimilation and model calibration, along with predictions to help set the observation sampling strategy, ensuring we produce the most realistic predictions of changes to the lake, possible.

Weather for the People

While the Jefferson Project often has me out on a boat or platform in the middle of Lake George, my Weather for the People project has me on the island of Manhattan, and sometimes on rooftops all across New York City, installing DIY weather stations.

As a Fellow of Science Sandbox @ New Lab, the Weather for the People project’s goal is to reveal the beauty, and complexity of weather. If we want a society that can not only survive, but flourish through severe events like floods and droughts – and minimize the impacts of another “Black Saturday” – we need a society that understands how we generate weather information.

Towards this end, I’m installing weather stations around New York City, including at the Vice Media Headquarters in Brooklyn and on the roof of Ace Hotel (which has a stunning view of The Empire State Building). The weather stations are integrated into The Weather Company’s IoT platform via The Weather Underground, and I’m streaming this data live to a custom, but currently private website for the project, including time lapse videos from each location. It’s like a portal into NYC weather, where the winds are always changing.

Much of the work I do, be it for institutional projects like the Jefferson Project, or DIY projects like Weather for the People, relies on data from NOAA and NASA. Their foundational capabilities, including data, models and basic research, enable our research and operations to be cutting edge and globally competitive. 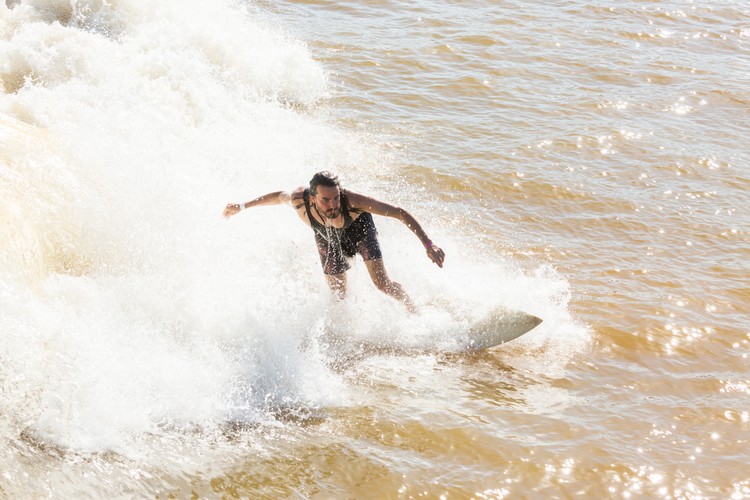