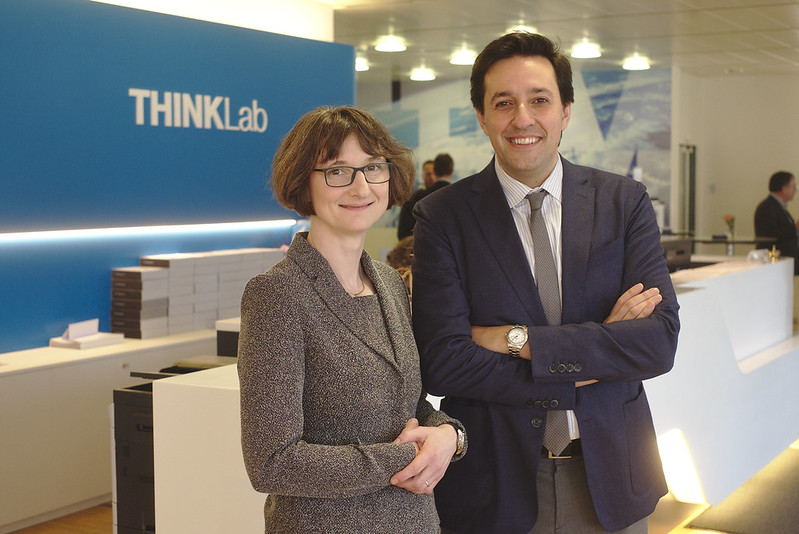 Heike Riel and her colleague Dario Gil at the IBM Research Frontiers Institute event in Switzerland.

What inventions are indispensable to you? What innovations have revolutionized your life? We are looking for 25 women whose inventions change our world.

These questions were posed to the Internet earlier this year by EDITION F, a German news and lifestyle website for women, with cooperation by some of Germany’s leading news outlets including  Zeit Online, Gründerszene the Handelsblatt,  who asked for nominations of women whose inventions have made our life easier, better and more enjoyable. The women nominated should come from Switzerland, Austria or Germany.

Last Thursday in Berlin, Dr. Heike Riel, an IBM Fellow and executive director of the IBM Research Frontiers Institute and IoT Technology, claimed the prize. Riel was nominated for her role in the development of the active-matrix organic light-emitting diode (AMOLED) display. AMOLED displays are used in mobile devices, including laptops and smartwatches, and consist of an organic compound that forms an electro-luminescent material. This material reduces the response time to less than a millisecond, and consumes significantly less energy compared to, for example, LCD screens.

A little known fact about Riel is that she originally apprenticed as a woodmaker creating furniture, which she does today as a hobby.

Watch this video below and learn how woodworking continued to influence her research. Follow Riel on Twitter @HeikeRiel.

Cornell, IBM Research collaborate to safeguard milk and -- in the process -- the world’s global food supply