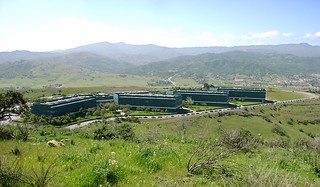 Thirty years ago this week, IBM Research set up a lab on the rolling hills of Santa Teresa County Park in South San Jose, California. The exciting science news that year? Our colleagues Gerd Binning and Heinrich Rohrer, in Zurich, had just earned the Nobel Prize for their scanning tunneling microscope – a version of which Almaden’s own Don Eigler would use to move individual atoms to spell I-B-M (a nanotechnology first). Fast-forward to today, and we’re still accomplishing “firsts” like the first brain-inspired computer chip, endlessly recyclable plastics, as well as polymers that can fight off antibiotic-resistant bugs, just to name a few!

I graduated from Stanford University in 1994 with a PhD in electrical engineering. And while some of my friends joined start-ups, I joined IBM Research, not at IBM’s new lab just down the road, but at the Thomas J. Watson Research Center in Yorktown Heights, New York, to work on novel silicon devices. It took almost 20 years to make my way back to the Bay Area, where I’m the Almaden lab’s director.

My college friends would often joke with me about why I stayed with one employer, but I enjoy pointing out to them that if they looked closely at my career, path they would see that my job had changed quite frequently during my 21 years at IBM. I knew I wanted to go into research, but the decision to join IBM became clear when I learned how open the company was to letting me continue to dabble in academia. So, while researching silicon devices, I also taught semiconductor device physics as an adjunct professor at Columbia University.

I’ve been able to do things at IBM that I would never had the opportunity to do at another company. 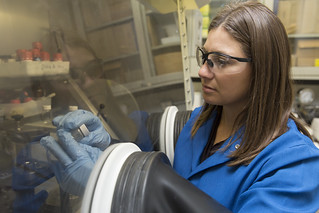 It’s this culture of innovation and experimentation that distinguishes IBM. Our patent leadership and record of scientific breakthroughs continues to grow because of our multi-disciplinary approach to research. We pursue research that spans moving atoms to help build new storage materials, all the way up to high-level analytics and industrial solutions. We encourage people to ‘color outside the lines’ by putting researchers who have PhDs in genomics or chemistry, or have deep domain knowledge in areas such as finance, together with experts who understand math and machine learning and data mining.

This melting pot of bright minds continues to explore essential and pressing topics that are not only relevant to Silicon Valley, but also carry global impact. Most recently, we have made new discoveries to make cheaper, biodegradable plastics from plants; made advances in big data analytics that can accelerate finding the cause of dangerous foodborne illness outbreaks, and make our global food supply chain safer; and continued efforts to build a brain-inspired supercomputing platform that can understand complex cognitive tasks such as pattern recognition and integrated sensory processing far more efficiently than conventional chips.

Under each of these efforts lies a common challenge that has guided the lab’s work from its inception: data.

Even back in the 1950s, when we were doing industrial research in San Jose, IBM was making breakthroughs, like the invention of RAMAC, the hard disk drive. Today, every big business and cloud company use that technology to store their data. Later, the challenge became how to organize and manage this data, which inspired the relational database in 1970. It could store structured data at larger scales, and today is still the backbone for most routine data transactions such as banking, travel reservations, and online shopping. 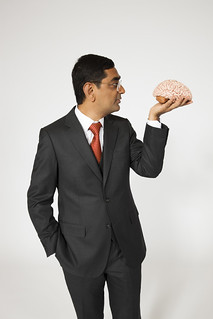 IBM Fellow Dharmendra Modha is IBM’s chief scientist for brain-inspired computing, such as the TrueNorth chip

In the 1990s it was about keeping data secure, which led to the development of new encryption methods for media content used in memory cards, and Blu-ray discs, and which we’re using today to research how to make blockchain secure for business. In the last decade, the challenge has been unstructured data and how to get data from different sources, combine it on the fly, curate and reason on it.

Our work on a brain-inspired chip called TrueNorth reflects the changing nature of how we need to think about doing computing in a new world of data. We’re now flooded with images and other sensory data and need systems to process this data more in-line with how the brain processes it. Today, important players such as Lawrence Livermore National Lab, U.S. Army, U.S. Air Force and Samsung, are experimenting with the TrueNorth chip.

As we look to the next 30 years, I am most excited about seeing how we can build an end-to-end architecture for cognitive computing. In addition to our brain-inspired chip we want to develop software that will run on the architecture, and train systems that can move forward faster in different domains no matter what the data sources are.

This all ladders up to support our goal to augment human capabilities. Can we find things that a cognitive system could do at bigger and better scales to assist a human who can’t? We’ve started down this path with radiology by training a Medical Sieve system to understand and reason about thousands of medical images to augment radiologist professionals. We also developed a technology that can help researchers examine disparate data sources within a given domain, such as pharmaceuticals, to find patterns and insights that could lead to interesting new discoveries.  In the field of genomics where data is becoming more readily available, we’re beginning to explore how we might exploit this data to do metagenomics to help characterize microbiomes for food safety.

As we mark this milestone, we’re already sowing the seeds of new inventions and breakthroughs that will take our researchers’ career paths in lots of new and undefined directions, but that promise to transform industries and society as well as seal IBM’s legacy as an innovation company. That, you can count on.