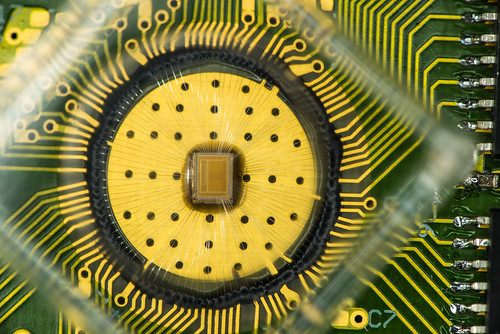 Phase change materials were first considered for storing data more than 30 years ago, where the two metastable states or phases of these materials are used to store data in the form of millions of lines of binary code made of up billions of 0s and 1s.

The concept eventually reached the consumer market, and today the most common use of these materials is in optical storage, where the phase transition is induced by heating the material with a laser beam – this is how a Blu-ray disc stores a video.

While this worked well for Blu-ray, using PCM for computer memory and enterprise class storage faced significant hurdles —  a critical one being resistance drift. Drift is the change in resistance of the stored levels over time. Essentially the data moves causing your text document or your photo to eventually become corrupted and unusable — not a good characteristic for a storage technology.

But the benefits of PCM far outweigh the obstacles. For example, PCM doesn’t lose data when it’s powered off, unlike DRAM. And the technology can endure at least 10 million write cycles, compared to an average flash USB stick, which tops out at 3,000 write cycles. 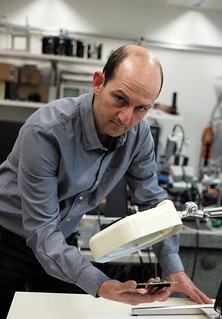 IBM’s Pozidis never gave up on the promise of PCM.

This has kept scientists at IBM Research, including Dr. Haris Pozidis, motivated for nearly a decade to solve the riddle of PCM and finally, they have the answer.

Today at the IEEE International Memory Workshop in Paris, Pozidis is presenting, for the first time, successfully storing 3 bits per cell in a 64k-cell array at elevated temperatures and after 1 million endurance cycles.

“We are answering one of the grand challenges of our industry,” said Pozidis. “Phase change memory is the first instantiation of a universal memory with properties of both DRAM and flash. By reaching 3 bits per cell the cost of PCM will be significantly less than DRAM and closer to flash.”

Pozidis and his colleagues envision several applications for the PCM including as a standalone memory as well as hybrid applications, which combine PCM and flash storage together, using PCM as an extremely fast cache. For example, a mobile phone’s operating system could be stored in PCM, enabling the phone to launch in a few seconds. In the enterprise space, entire databases could be stored in PCM for blazing fast query processing for time-critical online applications, such as financial transactions.

This is also good news for machine learning algorithms which rely on large datasets. PCM can boost the speed of these algorithms by reducing the latency overhead when reading the data between iterations.

Watch this video with Pozidis to learn more about the two innovations the team developed to mature PCM to the point where it can be licensed and brought to market.