Is the Internet reaching its limit? 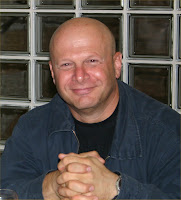 Editor’s note: This entry was written by Dr. Yaron Wolfsthal, Senior Manager of the System Technologies and Services at IBM Research – Haifa.

With billions of people, devices, and objects now connected to the Internet, it is quickly reaching its architectural limits — and doesn’t have the ability to scale up to capacity for the vast amounts of new data being created. It’s quickly becoming clear that we need to re-engineer the Internet platforms to allow collaborative models that break down the current barriers of the Internet. This will bring enormous efficiency to the economics of the Internet, which has become a critical factor in our daily lives.

IBM is part of a European consortium of corporations and universities known as FI-WARE, aimed at developing a new cloud-based platform that will support the expansion of the Internet. The goal of the platform is to deliver the scalability, security and connectivity needed to support the growing volume of digital content, which, according to IDC analysts, is expected to reach 2.7 zettabytes (ZB) in 2012 (up 48{ccf696850f4de51e8cea028aa388d2d2d2eef894571ad33a4aa3b26b43009887} from 2011).
FI-WARE offers a framework to make the Internet function almost like a giant app-store or service-depot for businesses. The infrastructure will make it easier for service providers to develop new cloud-scale digital services and let both consumers and businesses evaluate, buy and use them more easily. In essence, the framework will provide a viable and openly accessible launch pad for intelligent industry solutions.
Based on open, reusable, standardized and commonly shared technologies, the new core platform will serve as a solid foundation for running digital services – despite the added demands from increased volumes of video, high reliance on mobile, and the complexity of providing security for new services. The first market sectors being targeted for these services include healthcare, telecommunications, and environmental services.
Research – is leading FI-WARE’s Cloud Hosting workstream and contributing to other workstreams in such areas as event processing and privacy. The research in the Cloud Hosting workstream uses the emerging “Open Stack” cloud software and will build upon the results of previous related projects such as RESERVOIR. It will also address such technical challenges as cloud-scale efficient resource management and optimization, service elasticity and quality guarantees, and more.
In addition, scientists in IBM Research – will provide cryptographic software components and know-how to enable a set of services that incorporate privacy by design.
The results of the FI-WARE project will address several challenges of a growing Internet, enabling the creation and delivery of reliable cloud services. The goal of the project is to deliver improved collaboration models that enhance social networking, while augmenting mobility, security, and privacy.
FI-WARE is part of a cluster of projects launched by the European Union’s Future Internet Public Private Partnership (), involving 400 million EUR in funding.
In this three-year research project, scientists at Research in Haifa, Israel and Zurich, Switzerland will collaborate with colleagues from  Alcatel-Lucent Italy and Germany; ATOS Origin Sociedad Anonima, Spain; Deutsche Telecom, Germa
ny; Ericsson, Sweden; France Telecom, France; Fraunhofer Germany; Ingegneria Informatica Engineering, Italy; INRIA (Institut National de Recherche en Informatique et en Automatique), France; Intel, Ireland; Italia Telecom, Italy; NEC Europe, United Kingdom; Nokia Siemens, Germany, Hungary, Finland; , Germany; Siemens, Germany; Telefonica (coordinator), Spain; Thomson R&D France ; Universidad Politecnica de Madrid, Spain; Universita Degli Studi Di Roma La Spienza, Italy; Universitaet Duisburg-Essen, Germany; University of Surrey, United Kingdom.

A system that optimizes its work