Making the “global brain” a reality 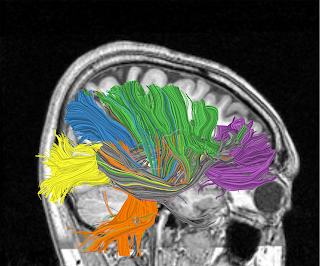 “There is no scientific study more vital to man than the study of his own brain. Our entire view of the universe depends on it.”

An increasingly instrumented, interconnected planet demands an ultra-smart computing platform that can deal with the tsunami of data produced by a plethora of sensors – much like the way the human brain integrates sight, hearing, touch, taste and smell to process information.

Dealing with a data explosion

The digital data explosion shows no signs of slowing down — according to analyst firm IDC, the amount of digital data is growing at a mind-boggling 60 percent each year, giving businesses access to incredible new streams of information. But without the ability to monitor, analyze and react to this information in real-time, the majority of its value may be lost. Until the data is captured and analyzed, decisions or actions may be delayed.

Imagine the business of monitoring the world’s water supply. Billions of sensors and actuators are now at work in our oceans, recording parameters such as temperature, pressure, conductivity, wave height, acoustics, ocean tide and turbidity. All of these metrics are reported in real- or near-real time, creating a stream of continually changing raw data that flows at an ever-dizzying rate. But making sense of all that input would be a Herculean task for one person…or even for 100. A cognitive computer, acting as a “global brain,” could quickly and accurately put together the disparate pieces of this complex puzzle and come to a logical response.

By reverse-engineering the brain, IBM’s cognitive computing research team aims to create a universal computing platform based on the high-level computational principles of the brain. Ultimately, the team hopes to rival the brain’s low power consumption and small size by using nanoscale devices for synapses and neurons.

Recently, the cognitive computing team, led by Dr. Dharmendra Modha, demonstrated the near-real-time simulation of a small mammal brain using cognitive computing algorithms with the supercomputing power of IBM’s BlueGene. With this simulation capability, the researchers are experimenting with various mathematical hypotheses of brain function and structure as they work toward discovering the brain’s core computational microcircuits.