Watson, is it too late to say sorry?

Saying ‘Sorry’ is not easy.

Ask Justin Bieber, who made the ‘same mistakes maybe once or twice’ and now asks for forgiveness (again). Apparently, Justin has been in this situation several times and got me thinking if it will ever be too late for him to say sorry? We are about to find out as I will compare a Professor’s reflections with what IBM’s supercomputer, Watson, has to say.

When I listened to ‘Sorry’ for the first time, I was pleased that Justin finally realized he needs to take responsibility and stop hurting his loved one. After bit of research, I changed my view. Lilian Munk Rösing, Professor in Literature at the University of Copenhagen, says the song is more about manipulating the counterpart than actually asking for forgiveness. She finds Justin’s ‘Sorry’ as a rude apology and highlights his impoliteness in the first sentence where he says: ‘You gotta go and get angry at all of my honesty’.

Yet, when I listened to ‘Sorry’ I still sensed a hidden feeling that I could not figure out. So, I asked Watson. I simply copied the lyrics of the song and used Watson Tone Analyzer to look at Emotion, Language Style, and Social Tendencies. Here are the results:

1 – Sadness (Emotion): Watson characterizes Justin as being sad in this song because his lyrics indicate a feeling of loss as well as being concerned about being too late to get his second chance. As an example, the probability of sadness is more than 75% in the first sentence and 50%-75% in the second: 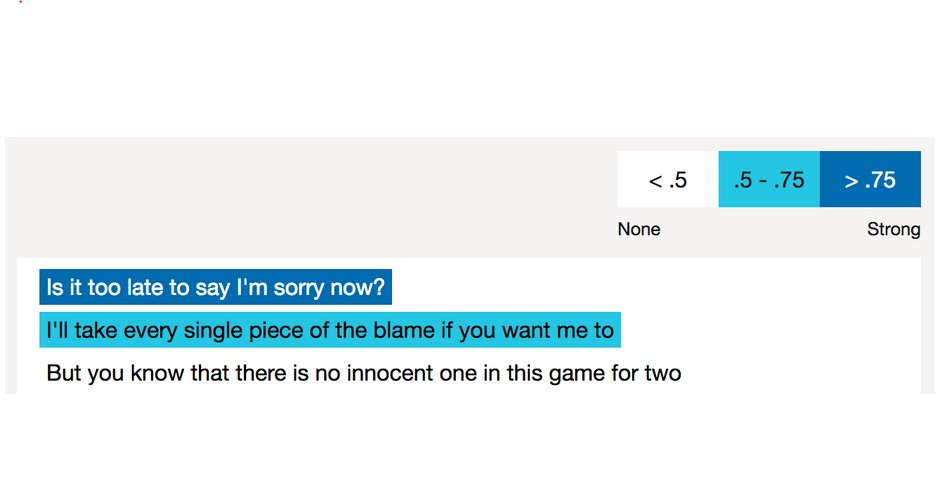 2 – Tentative (Language Style): So, Watson characterizes Justin being very uncertain taking his context into consideration. He is very uncertain about whether or not he will get a second chance – and even if he does, will he be able to get it in time? Also, he knows that he has been committing the same mistake ‘a couple of hundred times’ – perhaps this is a sign of him being insecure about his relationship with his counterpart? As an example, Watson highlights the second and third sentence being +75% tentative:

3 – Agreeableness (Social Tendencies): Watson is 98% confident that Justin is willing to do whatever it takes to fix the situation. He:

As an example, Watson highlights these green sentences being more than 75% on agreeableness:

The combination of a human reflection such as Professor Rösing’s and the results of a supercomputer like Watson have lead me to conclude that there is no such thing as a time-frame for saying ‘Sorry’. Instead, the song is challenging your willingness to accept an apology.

Professor Rösing finds the apology rude and not really serious. Watson characterizes Justin’s situation as being sad while also being insecure about whether or not he will be forgiven. So, who is right? The Professor or Watson?

My guess would be neither – or both.

The case here illustrates that combining the knowledge of a human expert and Watson can help us gain new insights and challenge our perception of a given situation. All fun aside, Watson Tone Analyzer could help in a number of fields – e.g. an AI assisted chat bot. Imagine Watson analyzing a conversation and understanding whether the customer is happy, sad or angry – and quickly dispatch the angry customer to a specialist who can handle the situation immediately.

Sometimes we fear that the machines will dehumanize the world. In reality, they can also be used to remind us about human perspectives we may overlook. We are only human, after all.

The only question left: What would you do with Watson Tone Analyzer? 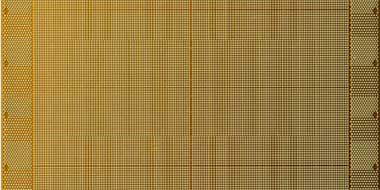