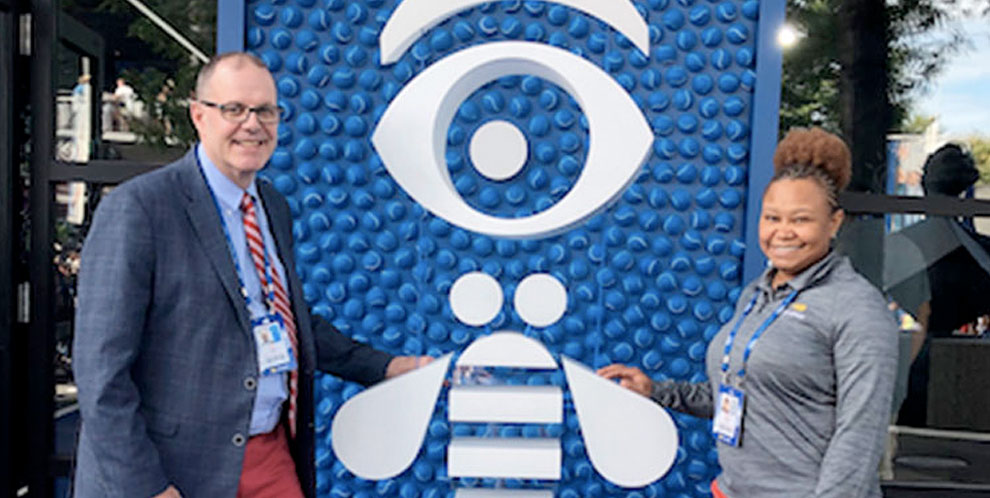 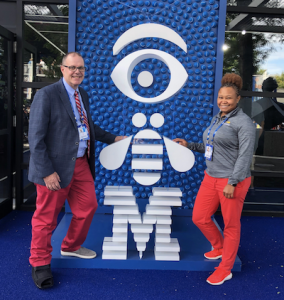 During the US Tennis Open, there is an entire team of IBMers whose job it is to ensure that fans, whether they are watching at the Billie Jean King Tennis Center in New York City, or from anywhere in the world on a mobile device, get the best experience possible during the two weeks of the professional tennis tournament.

Robin Lunceford, a programmer with the Sports and Entertainment partnerships team, is one of those people. She has worked for the past several years to develop and evolve IBM SlamTracker, the premier scoring application for the US Open. It provides real-time scores, statistics, and point-by-by analysis of each match. Robin, who works out of the Sandy Springs, Georgia office, shares with us why she loves her job at IBM.

5. She attends events she’d normally never have access to.

I’ve been to all the grand slam events, The Masters golf tournament, and even the Tony Awards (IBM was involved in that a few times, although we don’t do it anymore.) It’s been awesome. I’ve done things I’d never thought I’d never be able to do.

4. She gets real-time feedback on how people are using the app she helped develop.

When we’re working, we’re spending a lot of time inside a dark room, with no windows, watching screens. But I do get to go outside occasionally and walk around. It’s really awesome to see people using the app on their mobile devices. They’re walking between the courts, catching up on what they missed, watching matches on other courts, looking at schedules, getting stats on the players. 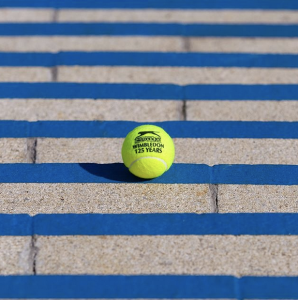 3. She’s able to use those observations, as well as user feedback, to evolve the app.

Each year, I’ll keep a list of notes, like the things fans have told us what they liked and didn’t like, things I’ve noted we can improve upon. After the tournament, we’ll evaluate and make changes. This is a really important part of our job, to constantly evolve.

The feedback is so important: We do our best to understand what the fans want, but we never know how people will react to it until it’s out there. A couple of friends who are die-hard tennis fans, they love it. Ask other people.

What we have this year is going to change drastically next year. I can’t talk about the changes, but it’s definitely going to keep evolving. There are things I know we can make better. I’m excited to be a part of the evolution. It’s all about where IBM is headed – the things we want to focus on, display to the world, will be incorporated into IBM SlamTracker.

I’m not a sports fan in general. I never understood how tennis scoring worked before I joined this team. But now, I’ve been doing it so long, it’s second nature. I can follow the matches, I enjoy it. I’ve gained such an appreciation for the players: they work so hard; they are awesome to watch. 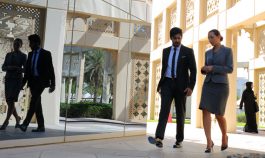 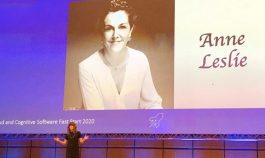 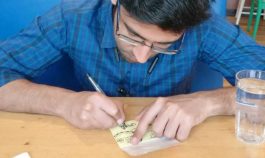