I felt particularly proud to be an IBMer when I sat down to watch the ABC’s Catalyst Program last week talking about the advances we are making in robotics and the impact it’s having on the lives of so many Aussies. 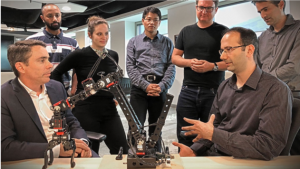 On the show, Dr. Nikki Stamp met with people whose lives are being transformed by artificial body parts and explored the cutting-edge work scientists are doing to merge biology with technology – IBM scientists here in Australia were among them. Master Inventor and Head of Brain-Inspired Computing Research in IBM Australia, Stefan Harrer and Umar Asif another of our leading research scientists, were both interviewed and conducted a neurobionics demo.

For the first time, the team demonstrated an end-to-end proof-of-concept of a brain-machine interface that combines custom-developed AI code with low cost, off-the-shelf technology, that could be one day capable of enabling natural control of artificial limbs.

For people who have suffered from conditions like stroke or spinal cord injuries, this interface could allow them to use the brain to translate and execute actions for a robotic actuator. It’s an inspiring look at the value AI can bring to people’s lives and I believe demonstrates the true promise of cognitive technology and the positive impact it can have on society.

Companies today are transforming huge amounts of data into actionable insights –here in Australia IBM is embedding AI systems in applications as diverse as melanoma diagnosis and the prediction of epileptic seizures. Meaningful work that changes lives.

The surge in AI adoption has been met with excitement, amazement and for some, fear. I believe as long as there are transparency and principles in place to guide the use of data, the potential far outweighs any fear or hesitation.

Having had the pleasure of sitting down with our team of researchers in Melbourne and learning more about the advancements they are making, it reaffirmed what I have always known – IBM is guided by a sense of purpose, and that purpose is driven by some of the smartest minds in the IBM business. 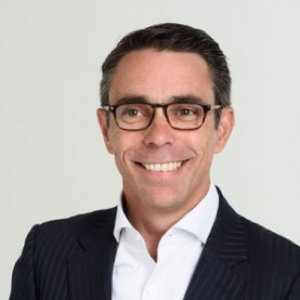 About the Author
David La Rose has been with IBM for over 25 years. He has held a series of progressive leadership roles in sales, channel management, and brand management across global regions spanning 170 countries. After his role as the Managing Director for IBM Australia and New Zealand, he is now the General Manager for IBM Partner Ecosystem where he leads the organization’s worldwide channel business. In this new role he engages with more than 160,000 Ecosystem Partners around emerging opportunities in the channel through cloud, analytics, mobile, security, AI and modern infrastructure.

This blog was originally published on the author’s LinkedIn page on November 2018.

Persistence and Finding Balance: Rani's Advice to Women in Tech

Why IBM Makes Me Even More Proud to Be an Ally