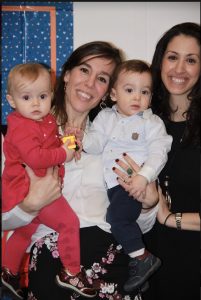 I have worked for IBM for 13 years, but I have not always been out. When I started working for IBM in Madrid, Spain, where I am originally from, I was very “closeted”. It has been an amazing journey since then.

After coming out at work to my colleagues and managers, I became a member of the LGBT Business Resource Group (BRG) in NY, served as an LGBT+ mentor, was nominated to become an “Out Role Model”, and finally became co-chair of the Tri-State LGBT+ BRG in 2017. It has been quite a colorful journey, and I am very happy to contribute to IBM’s culture of diversity and inclusion and, more importantly, to our employees’ well-being.

Today I am happily married to Limor, an Israeli, ex-pro basketball player who works in real estate operations, has a passion for fitness and fluently speaks Spanish, which was a pleasant surprise! 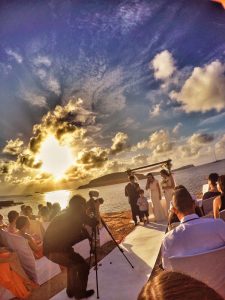 We met in NY during Pride weekend in 2013 and we connected instantly. We were inseparable that summer and ever since! Limor proposed with a surprise Flash Mob in Chelsea Piers, NYC, the same place where we had our first date. We got married a year later on the island of Ibiza, Spain. We knew we wanted a beach wedding, and since friends and family were coming to our wedding from all over the world, we decided to make it somewhere exciting and beautiful in the Mediterranean—the sea that touches both our countries.

When the time came that we were ready to extend our family, I found that IBM’s employee health insurance policies in the US include coverage for same-sex couple fertility treatments: unlimited inseminations and two rounds of IVF (In Vitro Fertilization), the latter being a very expensive process. I finally got pregnant with my twins Amalia and Mateo! When they were born, IBM’s maternity leave policy had just recently extended to 5 months and I was able to enjoy those months with my family—an experience I truly treasured.

I am proud to work for a company that has been historically a pioneer in Diversity & Inclusion, implementing policies inside IBM before society was even ready. 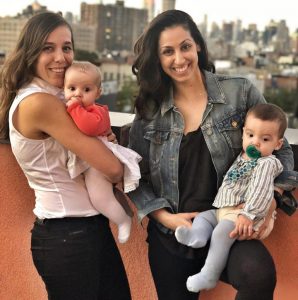 Violeta Fabé joined IBM 13 years ago in Spain, where she is originally from. She moved to the US in 2010 and has been working out of the New York offices. Violeta is a Senior Manager in Global Corporate Strategy and part of the team responsible for the development and implementation of business strategy for the GTS division of IBM at a global level. Her passion for Diversity & Inclusion led her to become the Tri-State LGBT+ BRG Chair and an IBM Out Role Model. She is currently spearheading IBM’s participation, march, and sponsorship for NYC WorldPride 2019.

Workplace Bullying: How IBM Stops Employees from Crossing the Line