How to Nail the Corporate to Entrepreneurship Transition (and Vice-Versa)

Stephanie Trunzo isn’t one to play it safe. After attending graduate school at Carnegie Mellon, she started her career developing technology at IBM. But after 13 years with the company, she took the biggest risk of her career — and the risk she is most proud of. In 2011, she left a job she loved to start her own business in a new field: digital solutions for mobile devices. 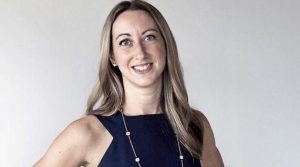 As the founder of PointSource, she learned important principles about starting a business and transitioning from a corporate role to the flexibility of entrepreneurship.

“When you leave corporate life, you’re probably used to a lot of things being defined for you — from knowing a benefits policy to understanding a market trend. In a corporate role, there’s a lot of givens. When you’re running your own business or joining a growing business, there are many things that you have to define yourself. It’s a big adjustment to realize that every question that gets asked is a question that you have to answer,” she said.

However, she says as you get more comfortable, the feelings of obligation turn into feelings of freedom.

“The choices can feel like a lot of obligation and a lot of responsibility, but the adjustment is in realizing the freedom that they actually give you. It’s kind of an interesting dichotomy. You’re making decisions that you have to live with — and you’re making them in a realm where other people have to live with your decisions — but it’s liberating. Anything goes. You can be as creative and out of the box as you like,” she finished.

The freedom that comes with entrepreneurship can lead you to take some wrong turns. Trunzo learned things along the way that were only apparent in the rearview mirror.

She says she wished she understood the importance of recruiting a team with diverse talents and interests when she started her company.

“You don’t want to build a business with a bunch of people like yourself. What I learned over time is how critical and important it is to find really strong people who offset the areas that perhaps you aren’t strong in,” she said. “For example, if I am strategic and enjoy the visionary part of the role or getting us kicked off — and don’t enjoy being in the weeds and the operations — then I need to make sure that I find somebody who has that strength. And not only that strength, but that passion.”

On top of recruiting a representative team, Trunzo says the most important part of starting a business is identifying your purpose.

“And I don’t mean what are the services and products you’re going to offer,” she laughed. “But what are your values and core mission and things that you’re going to expect people to rally around. I think this is often something that people don’t start thinking about until they’re already running the business. It’s a really good exercise to give thought to what’s going to be the driving force of the organization and that’s going to bind people together to make you succeed, just like you would consider a financial plan upfront.”

After learning what it takes to run her own tech business and picking up important professional skills you can only learn at a startup, Trunzo is back at IBM as the Global Head of their Cloud Garage.

The cloud garage is a network of physical spaces around the globe that are focused on helping clients — both at the enterprise level as well as at a start up level — bring their business opportunities to life with IBM technology.

She credits IBM’s alignment with her values as one of her primary reasons for returning.

“I wanted to be part of a company that I’m proud of and whose values align with my own. Somewhere where commitment to diversity is not something that’s just written on a wall, but lived every day,” she said.

But she won’t be the last to say the transition has been an adjustment.

“There are a lot of things that you’re used to having a say in that you don’t have a say in anymore,” she said. “It’s all about letting go of that breadth of responsibility, and focusing on the specific mission that you’re carrying for the company.”

At the same time that she encourages ex-entrepreneurs to let go, she also encourages them to keep their passion for problem solving and innovation.

“It’s very easy to re-enter a corporate role and fall into a pattern of just accepting the status quo; so, find a way to retain that entrepreneurial spirit, the drive and the bigger, lateral way of thinking,” she said. “They need you to question things. That’s the value that you can bring from your past experiences. As much as you may feel like you get resistance from the organization, they need you to do that.”

She says one of the most crucial steps to smoothing out your transition back to corporate is finding a leader you respect.

“For me, I think one of the successes of coming back into this role is that the person I came back to work with is someone that I’ve known for a very long time. I had a great respect and working relationship with him already, so that helped with that transition,” she said. “If you’re coming back into a corporate role from being your own boss, you have to find somebody that you can learn from and that you respect.”

However, she says healthy cultural fit — like hers at IBM — is also an important part of finding an opportunity you will thrive in as much as you did within your own business.

“Don’t expect the cultural match to be perfect. You want to find a company where you can align with their values, but also recognize that a company has an amalgamation of values and that means that there is going to be diversity of opinion. What you’re looking for is somewhere where you can kind of stand up and say: yeah, this makes sense,” she said. “My advice would be to first understand what you value and be able to articulate what you value, and then look for the matches.”

If you found a great cultural fit with your previous employer and want to go back, she had some thoughts on how to make it happen.

“No matter what kind of transition you’re making, value relationships above everything else. You want to honor and value the relationships that you have so that you’re always growing your network, rather than changing it based on every job change you have,” she said. “I have a very large IBM network, so I’ve always kept in touch with the people that I built good relationships with there. The leader I came back to IBM to work for is somebody that I would have drinks or dinner with every couple months, even when I wasn’t at IBM. Keeping those relationships just makes it that much easier if you are looking for a transition.”

While Trunzo has gained a new level of understanding of her work by taking the leap of starting her own business, she realizes not everyone can take this risk. To get a similar experience, she has a few pieces of advice.

“Do some different kinds of advisory or volunteer activities — maybe working with people or companies that are different from the ones you typically work with. Also, build some relationships from a networking perspective. Talk to other women who have roles at corporations, and understand what a day in their lives is like,” she emphasized.

But if you aren’t sure what you’d like to do with your career, Trunzo doesn’t encourage airing on the side of caution.

“Take risks, find the ways that you can be true to yourself, find the things that excite you and push forward. Change faster, don’t wait for someone else to give you permission, and truly find an authentic voice that you can bring to your role.”