What on Earth is IBM? I Returned, Only to Discover a New Company 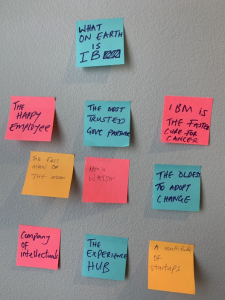 I recently returned to IBM after exactly three years away from my last role within the company as a product manager. Since leaving IBM, I have been involved in a number of very exciting and challenging projects, from turning an idea to a venture backed startup now valued at $10 million, to building a Microsoft backed software business that leverages energy data from IOT devices to power homes in West Africa, to launching a $2 million seed focused venture capital firm that supports founders with capital to build their startups and expand operations to an African country, and even joining the U.S Army Reserve. All these meant that when I returned to IBM, my expectations were really high. I needed to be in a place that was open to change, and not a big machine with one process that we must all fit into. Building a startup meant that I now understood the importance of asking WHY, and validating every decision, and I was ready to do that at IBM.

When I made the decision to return to IBM, I was seated with a group of investors right after interviewing a startup for investment. I shared that IBM had offered me a role that I would accept, and I was returning to IBM by the end of the month. Immediately after saying that, one of the investors in the room asked “What on Earth is IBM?” His question was the most unique, as everyone else focused more on what IBM was offering that would make me accept the offer. I answered the question by talking about IBM’s ranking in the world and how long it has been in existence, but looking back today, I believe I answered that wrong, and I have been seeking ways to fix it.

For the last three weeks at IBM, I have been writing down an answer to this question on sticky notes pasted in my hotel room every Monday, Wednesday, and Friday. Today, I believe I finally have a more accurate answer. 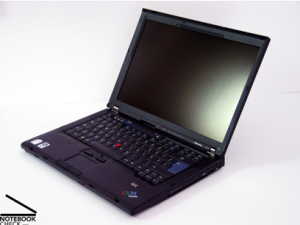 I initially joined IBM in 2013 as a software engineer, at a time where we all logged IBM ThinkPads around as our primary “laptops”. I recall seeking approval for a MacBook in 2015 to be able to work with a client, and that daunting process took a couple months to get approved because you needed a really strong business justification to be issued a Macbook. Fast forward to 2019, I was given a brand new Macbook Pro on the first day back at work. While this may not seem like a big deal, it was the first sign that I may have stepped into a different company. Little did I know that there was much more that had changed, and each day will birth a discovery.

From the well-orchestrated onboarding process that now allows you to personalize your onboarding before your first day at work, to the onboarding specialists who assist you daily through internal slack channels, it feels like a company that cares about experiences.

On the subject of experiences, I have been a part of a bootcamp that prepares the very best offering managers (premium version of product managers who leverage design thinking and focus on user experience) across IBM. Watching how IBM has transformed what used to be a tech heavy organization, to a focus on design and user experience, showcases a sincere desire to embrace change. This 6 week program hosted in IBM Austin’s design lab brings the very best minds together to explore new ways to solve a client’s pain points. Undoubtedly, the bootcamp brings the very best minds to unite on a core mission to deliver change across IBM. 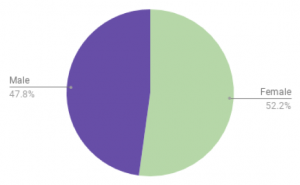 Diversity and Equality at its Core

Beyond the intellectual curiosity that is noticeable within seconds of interacting with any member of this group, is the more obvious fact that this is likely the most diverse team of its size across IBM. Even more so the fact that every race is represented within this team.

In the tech community, it is not the norm to have a large team where women are the majority. It is also not the norm to have a team where each race is represented in two digit percentages, so this is a proud achievement for IBM. The more interesting fact is that this certainly was not a mistake. It seems to have been a result of a shifting culture where diversity is now celebrated within IBM and not just recognized. It also seems to be a result of an open call for everyone to get involved in achieving gender equality. But how can I make these assumptions?

Two days ago, I noticed a hashtag that was being shared on twitter #BeEqual, and it was being pioneered by IBM. IBM had begun a charge for you and I to pledge to elevate women in the workforce. This was front facing, and something that everyone should be proud to see. This should be an important pledge for anyone who cares about the future of our sisters, mothers, and friends. Being a part of a company that now advocates the same, makes it even more appealing.

At the core of why I came back to IBM, was the simple fact that throughout my time at IBM I saw women being elevated, and my goal is to ensure that I add enough value for my friends alike to join the company. If you have ever heard me speak of IBM, you likely heard me say “I believe IBM is the best place for ladies who really want to make an impact. It is one company where I hope my sisters will work someday.”

I believed this before I left IBM, and even more today, considering how openly IBM now talks about this. For clarity, this isn’t a charge for IBM alone. You too can join IBM in making this pledge.

In addition to all that has changed since my return, is the general dress code. The previous culture at IBM was perceived to be the “Corporate America” where our attire mattered like it does on Wall Street. Today all that is gone, and I have never been prouder to see that. From the VP who proudly wears his tattoos, to the designer who finds comfort in his tank top, to the soldier who decides that his combat boots may be fashionable, IBM cares more about what you can do, than how you look in your $1 tank top or your $1000 blazer.

So What on Earth is IBM?

As I kept writing my answers on the sticky note in my room, I noticed that they largely focused on the individual’s experience. I had subconsciously defined IBM by the experiences it provides to people.

Best Practices to Help Maximize Your Strengths during Interviews