P-TECH now in Colombia: Technology at the Service of New Generations

(2 min read)A few months ago, Colombia became the first country in Latin America to announce the implementation of P-TECH, IBM’s educational model that combines the education system with the private sector to provide university-level degrees in science, technology, engineering and mathematics (STEM), along with skills and experiences in the workplace.

Its implementation in Colombia is not coincidence. P-TECH is a direct response from IBM to the global crisis of skills, and is very much in line with the needs and strategy of the South American country. According to the National Administrative Department of Statistics of Colombia (DANE), there are more than 12.7 million citizens between 18 and 28 years old, representing 27% of the country’s population. Of these young people, around 3.4 million still do not have a formal job. 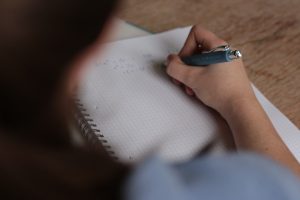 The P-TECH program comes to revolutionize the traditional education model to accelerate the digital knowledge and skills of young Colombians, redefining how they will begin their professional life in a solid alignment with the market and the needs of companies.

240 young people from Gerardo Paredes and Gimnasio Sabio Caldas, two public schools in Bogotá, are part of the first phase of P-TECH in Colombia, with the aim of increasing the availability of trained talents, as well as companies from all sectors increase their digital transformation efforts.

This IBM model combines the best of high school — training in career-oriented skills and professional mentoring. Through free education, students earn a higher education degree in one of the STEM disciplines along with practical experiences in the workplace, such as tutoring, site visits, and paid internships.

The first P-TECH was established in Brooklyn, New York in 2011, providing students with hard and soft workplace skills. In the original IBM P-TECH batch, 99% had graduated high school within six years, and 55% had earned an associate’s degree in applied science during that period. 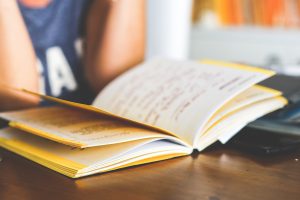 According to International Data Corporation (IDC), Latin America will have a shortage of more than 550,000 IT professionals in 2019, mainly in new technologies (cloud, cybersecurity, artificial intelligence, networks, etc.).

Colombia was the first country in Latin America to announce the launch of P-TECH, joining other countries in the world, including the United States, Morocco, Australia, Taiwan, Singapore, South Korea and Ireland. Recently, Brazil also announced the implementation of P-TECH.

My Second Act: A Journey Towards Re-Building My Career

IBM is proud of our long history of diversity and inclusion — from hiring our first women and black employees in 1899 to our recent focus on expanded parental leave and breast milk delivery service for traveling mothers. We must continue to press forward with our leadership in diversity thought leadership. That’s why we are […]

(4 min read) By Pinar Yucealp The women of IBM are doing some amazing things to change the world, so let’s celebrate them! This March to celebrate women’s history month and #IWD2020, our incredible female IBMers are sharing their stories with you. Want to learn more about the incredible women at IBM and how you can […]