My Second Act: A Journey Towards Re-Building My Career

As a Software Developer for Watson In Support, I work in a cognitive support team at IBM using Node.js in a cloud architecture. I started this role in July 2018 after a 12-week STEM re-entry apprenticeship and I consider this my Second Act.

I was recently asked to lead a workshop for an International Women’s day event at IBM where I talked about my journey as a female software developer — one that after years of study and work, included a career break to care for my two young children.  A 10-year career break!

I had mixed emotions about it. Do I have anything to share? Any worthy tidbits of information that anyone besides myself may draw guidance or strength from?  My path felt neither ‘easy’ nor straight-forward.  There were bumps in the road and it was anything but a direct path, but as I thought on it, perhaps I could be an example for others, so I decided to share my experience for others to learn from. 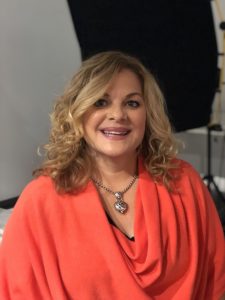 My Journey entailed 17+ years working in software development.  I began with Fortran and Pascal in high school and college then moved on to C, Unix, SQL, Windows/UI/PowerBuilder, C++, ASP/NT, WebSphere, XML, Java and Offshore Development. Often, I felt uncomfortable in my role.  The technologies seemed to change almost as soon as I became comfortable with them and being the only female on my team compelled me to prove (mostly to myself) that I could do it. I was married in my late 30s, had my daughter shortly after and even though I had an hour commute, I was able to keep things balanced. I could bring home the bacon and fry it up in a pan like the commercial said.

In the years that followed, a number of life events happened which forced me to re-evaluate my situation. The birth of my son included almost a month-long hospital stay burning up my maternity leave. In addition, our family was relocated across the country removing our option to have family around for emergency back-up. Working from home wasn’t really a thing at this time and my husband’s career required about 75% travel. So, after thoughtful consideration, I opted out of the workforce for what I thought would be temporary. Before I knew it, my temporary career break had lasted almost 10 years.

When my family settled in Wake Forest, North Carolina I began networking again.  I went to local conferences like ‘All Things Open’ and attended meetups with ‘Girl Develop IT’ and ‘Women Who Code’. I also upped my level of research with podcasts and online study. When I heard about the IBM tech re-entry program through Women Who Code, I was immediately interested.

Required Skill:  The Ability to Learn 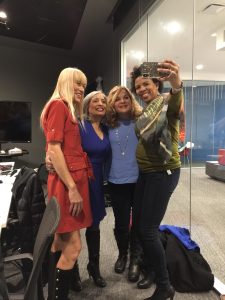 I began my internship in March 2018, kicked off with an orientation in Armonk where I met other Spring 2018 cohort members. Heading back to begin my work, I was energized and eager to begin.  Which was important because the learning curve which starts with the bliss of ‘you don’t know what you don’t know’ was very quickly replaced with I have so much to learn!!

There was a steep learning curve and thankfully our technical mentors were there to guide us. I was quickly reminded that when you are in a technology field, it involves continuous learning. You train and retrain to keep your skills sharp and this, I had done before. So, even though I had a long career-break, this skill—my ability to learn and to retool myself—was going to be my most important skill.

I love my new job my new role. I get to experience hands-on the wonder that is AI. I’m proud to be an IBMer when I see the commercials showcasing Watson and the use of Cognitive Computing. I love that IBM utilizes its human resources innovatively in things like The Call for Code Global Challenge which builds lasting solutions for humanitarian issues such as improving preparedness for natural disasters. Finally, I love that every day I have an opportunity to learn something new.

THINK! It’s what IBMers do.

Find out more about the Tech Re-Entry program and how you can apply here: www.ibm.com/techreentry

Being Part of the Forefront of Security Solution: Life at IBM Security at Belfast

P-TECH now in Colombia: Technology at the Service of New Generations