When Ilse Breedvelt, IBM Master Inventor and Interaction Architect in Business Analytics, was a young girl in The Netherlands, she’d ride her bicycle to school and take the hour to think of unusual ideas. During her ride, she would hear the larger cars coming up behind her. But not the smaller cars. 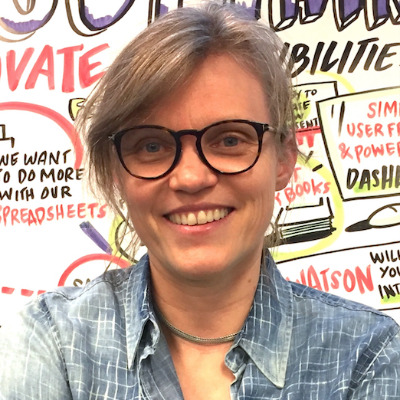 One day she thought: What if smaller cars could have the exhaust sound of a larger car, so you could hear them better? Even though Ilse didn’t file a patent to alter a car’s exhaust system, this line of thinking drove her to a career based on technical exploration. She now has a portfolio of 43 filed patents.

At IBM, Ilse’s patentable ideas come from the problems she encounters every day. Once when she was at home sick and joining a teleconference, her line of sight wasn’t aligned with her camera. So she developed a patent to track eye contact between participants and implement a computing processor system to adjust the video representation.

Ilse loves to work collaboratively on patents and meets weekly with a cross-functional group to brainstorm and find patentable solutions to problems. “I find that people forget their work and get into the moment. There is a genuine joy in solving a problem; that’s what I like the most.” 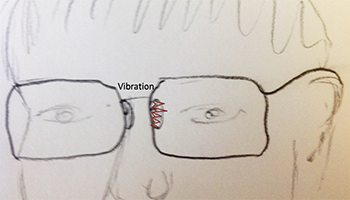 Last year, Ilse held workshops to help other IBMers write invention disclosures. This year, she hopes to expand the workshops virtually and include other parts of the business.

Ilse also uses the patent process as a way to mentor other IBMers. Once, she had an idea that would make online social profiles livelier than the standard text-and-profile-pic format. She enlisted the help of her more social media-savvy cohort Tara Statchuk to develop a multimedia social profile. They created a fluid video profile generated from the mood, topics and background colors of the person’s posts.

“What I like the most is working with other people,” Ilse says. “And seeing junior people grow and learn and get the same excitement as I do.”

Last year, Ilse was asked to volunteer for the STEM for Girls activity to attend the first showing of “Hidden Figures” in Canada. There were around 200 girls from different high schools in the audience. “It was a very inspiring experience to both watch the movie playing strong and gritty IBM women from a long time ago, and at the same time listen to the displeased reactions of the next generation when one of the women in the movie was treated unfairly. I also notice that being a woman talking technical at IBM is not perceived as an exception at all.”

As a woman in a technical role, we asked Ilse about her thoughts on women’s progress, and she talks about how the “cultures we grow up in determine what paths women are NOT allowed to take. When we talk about women’s progress, the dominant culture allows that EVERYONE can determine their own path, without asking for permission. Walking my own path within IBM by patenting many ideas, I just recently started to realize that I contribute to the changing image of what women definitely can and should do, and that means a lot to me. Women’s progress is when we internalize that we can do whatever needs to be done.”

Ilse Breedvelt is an IBM Master Inventor and an Interaction Architect for Business Analytics in IBM Hybrid Cloud business. She is based in IBM Canada.

An Interview with Leanne Pittsford