More people than ever are riding their bikes as a way to stay fit, avoid crowded public transport, and help the environment. Sadly, the dangers of cycling, especially in urban environments, are well known, but what if you had an electric bicycle that could provide a safer ride by monitoring changes in your field of view while cycling?

Researchers from Monash University’s Exertion Games Lab, IBM Research Australia, and the University of Southampton’s Wellthlab, have developed a new brain-connected eBike that regulates engine support, based on the rider’s neurological activity.

The prototype named, Ena the eBike, reads neurological activity using an EEG electrode cap placed on the rider’s occipital lobe, which is located on the back of the head and is responsible for vision processing. The cap is connected to a laptop in the rider’s backpack, which processes the read data and determines when the rider is in a peripherally aware state to instruct the ebike’s engine to offer or stop offering, engine support.

When the rider is aware of a larger field of view, the ebike accelerates. When the rider’s field of view narrows on an incoming obstacle, the bike’s engine support is cut off. This increases rider safety by providing more time to react to a situation.

Working across the three institutions, we conducted a study with 20 bike riders which revealed that changes in a user’s field of view relating to peripheral awareness can be read in real-time to gain access to a user’s pre-attentive state. This means that changes in neurological activity can be caused by instinctive reactions, such as a car passing by, or a sudden obstacle on the road when navigating the environment. These instinctive reactions cause our field of view to narrow to focus on the obstacle. Our system can pick up this neurological activity change in real-time and act on the situation. In our case, stopping the extra engine support faster than a user could on their own. This allows the rider more time to respond to the situation

The other main takeaway is that the system is connected directly from the user’s brain and the user does not need to think how to raise the attention of the system through a command as is the case with many devices. In our case, Ena allows for data to flow between the user’s visual perception of the environment and the control of the engine to offer an experience in which the user and the system are working as one. 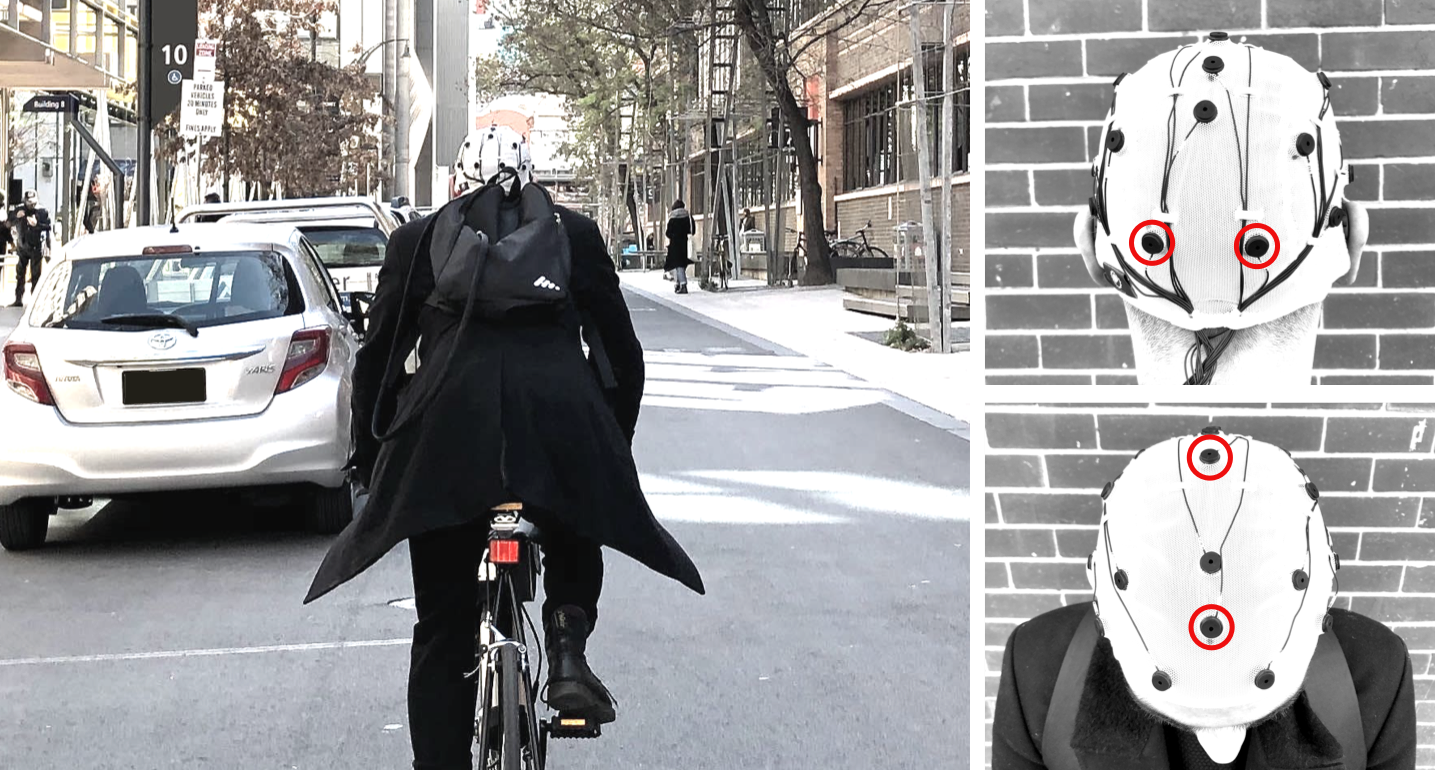 Ena the eBike takes to the streets of Melbourne

In retrospective, there are various aspects to this technology; for example, it gives riders extra time in critical situations based on their awareness of the environment. It also invites the rider to develop interoception (tuning into the signals of their own pulsating body) by offering a feedback loop through the sensation of increased speed resulting from the rider reaching a state of peripheral awareness.

We envision several scenarios where technology like Ena could be beneficial, from increasing safety and response time for emergency response personnel to potentially monitoring a patient’s peripheral vision to learn about a condition, right through to being used in sports to help soccer players develop their peripheral vision.